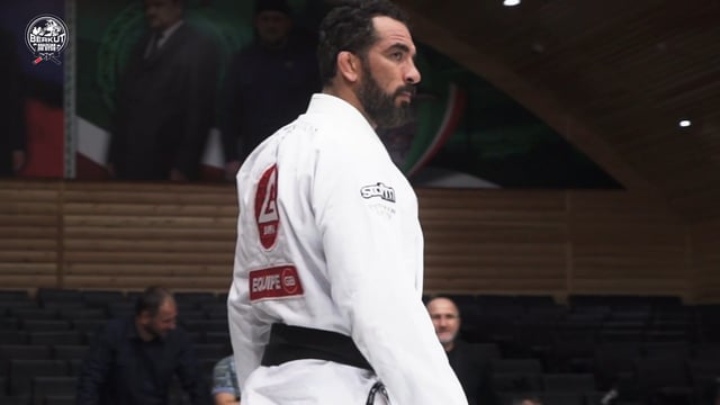 DO ALL THAT YOU CAN – AND THEN BE DONE WITH IT

And what might be the best mindset to have? It is the mindset to: „Do all that you can, at the best of your abilities – and then be done with it.“

There is not much else that a jiujiteiro can do in competition, other than to have faith in his training and to give his/her absolute top effort. To invest 110% of their energy and grit, to try their best, to be aggressive and not to give up until the match is done. That is the mark of true warrior spirit.
However, once the match is done, this warrior-like approach needs to be abandoned for the sake of moving on.

In other words: what is done in competition is what is done – there’s no way of turning back and changing that which has happened. There is not much sense for a BJJ practitioner to keep his eyes focused on what has happened, in dwelling on what „has been“ and on that which „could have been“; but only towards that which can be done next.
As soon as possible after competition, a jiujiteiro needs to be moving on to the next challenges that he has set his eyes on, as well as towards rectifying mistakes made and observed during competition.

By taking on this sort of an approach, a BJJ practitioner will not only be making consistent progress by focusing on what can be done better next time, but will also keep his joy for competing. Through that, he has achieved a positive and growing mindset: an attitude of giving their best when the situation arises, and an ability to shift their gaze towards other goals afterwards.

BJJ world Champions Braulio Estima and Marcus Bucheha Almeida know a thing or two about the right mindset for competition. Here they share their secrets: