Born Without Arms and Legs, Juninho Exceeds in BJJ: “The Path Is Always To Persist” 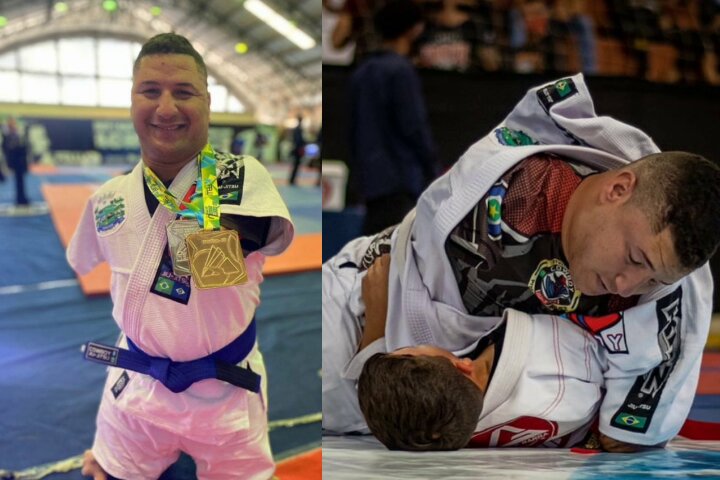 Juninho Cabral was born without arms and legs. Despite that, he competes at the highest levels of Parajiu-Jitsu; and will do so again at the Rio de Janeiro Internacional Pro.
He is a part of the Brazilian Parajiu-Jitsu team, and is a Pan-American champion. He’s a living embodiment of what inspiration means, claiming that:

There is no limit, the path is always to persist, believe and never give up, until we get there.

His family didn’t expect to have a baby with a physical disability. His aunt and grandmother hid him from relatives, who thought that he didn’t survive the birth. Then, when he was just a week old, Juninho was introduced to his adoptive parents – who raised him.

Today, he is a Physical Education professor, and has had several opportunities to do various sports. For example, he was an assistant coach for the women’s futsal team in Rondonopolis.
His desire to pursue the Physical Education degree was ignited a long way back, when he started primary school at age 6:

Nothing was different, but they wouldn’t let me play soccer with the other kids. That’s when the desire to study Physical Education when I grew up arose. I wanted to be able to practice sports that everyone thought was impossible for someone in my condition, but what they needed to understand is that I adapt and I can.

Back in 2019, he had his first contact with Brazilian Jiu-Jitsu. He fell in love with the Arte Suave quickly:

I’ve been training hard since then to bring more and more medals to my state.