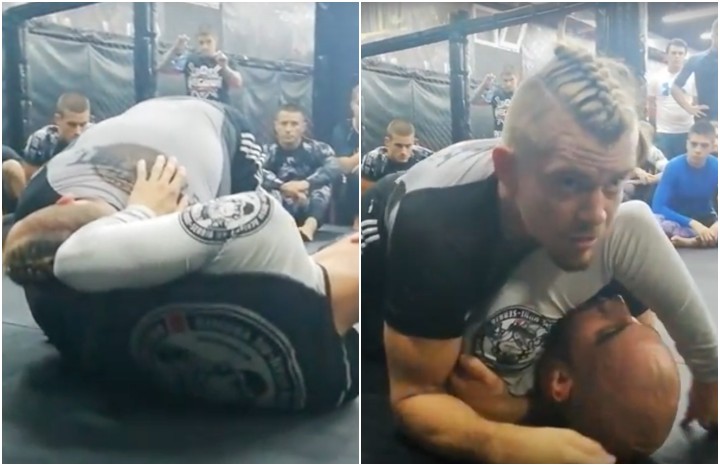 If you’ve been following the pro BJJ scene, you may have noticed the Miyao brothers having incredible success with a certain type of pass: The bodylock pass which is also known as the double over pass.

This type of pass is slow and meticulous and it involves applying huge amounts of pressure on the opponent’s hips. It is also a very safe guard pass, safer then for example the over under pass (which has many counters), and it’s the perfect pass to use against a dangerous leglocker as your legs are kept so far away.

Lauri Karppinen (10th planet black belt under Eddie Bravo and BJJ black belt under Magnus Hansson) was recently conducting a camp at Kimura BJJ Academy in Belgrade, Serbia where he focused on the bodylock pass.

Lauri can enter the clinch position from any guard pass, and then clasps his hands together under the opponent’s butt, slowly circling to one side. When the opponent’s legs are placed in the middle he steps over and slowly transitions to the mount.