Bo Nickal: “There’s No Doubt I’m The Best Wrestler To Have Entered MMA” 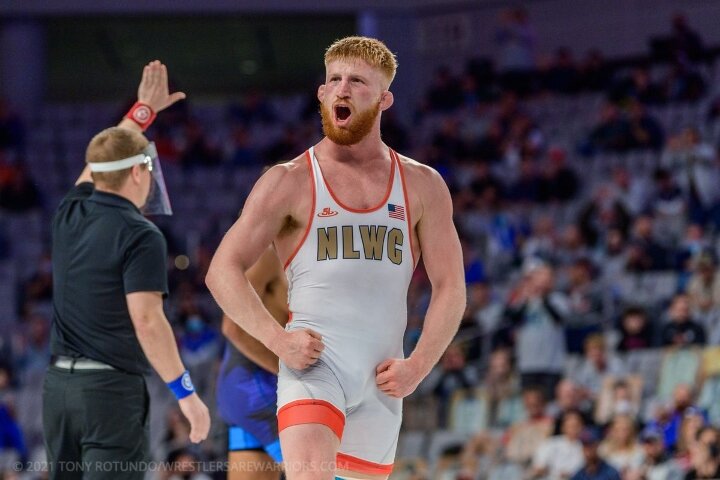 Bo Nickal is a 3x NCAA Division I National Champion in wrestling, who has become better known about in the BJJ community after his match against Gordon Ryan. However, Nickal didn’t stop at that transition; but has, instead, now entered the mixed martial arts (MMA) world as well.
In an interview for MMA Fighting, Nickal claimed that he is the best wrestler to have ever entered the sport:

Wrestling’s in my blood. My grandfather wrestled in college. My father wrestled his whole life and coached his whole life. For me, I take a lot of pride in being a wrestler. And I know at the end of the day, it’s almost a little sad for me because I did have to stop my wrestling career early.
I’m 26 years old and I stopped wrestling at 25. To stop that early, I had to lose a little bit of myself; but I knew moving into the sport of MMA was what I was being drawn to and what I was more passionate about.

Coming in now, I know that undoubtedly in my opinion, I’m the best wrestler that’s come into the sport of MMA skill wise and I think my skills translate really well.
Any high level wrestler in the sport, I have a ton of respect for you. I’m going to be rooting for you.

He is respectful of his opponents, but is extremely certain of his wrestling skills (he even mentioned that he’d be able to beat Khabib Nurmagomedov):

I don’t want to take anything away from anybody, of course. Any high level wrestler, I’m rooting for you. But at the same time, I feel confident in myself and I know what I’m capable of and I know what I can do.
Not only in MMA and what I would have been able to do in wrestling. So there’s no doubt I’m the best wrestler to have entered the sport and again, not trying to take anything away from the guys who compete.

With that said, Nickal had his professional MMA debut last night, beating his opponent with a KO: