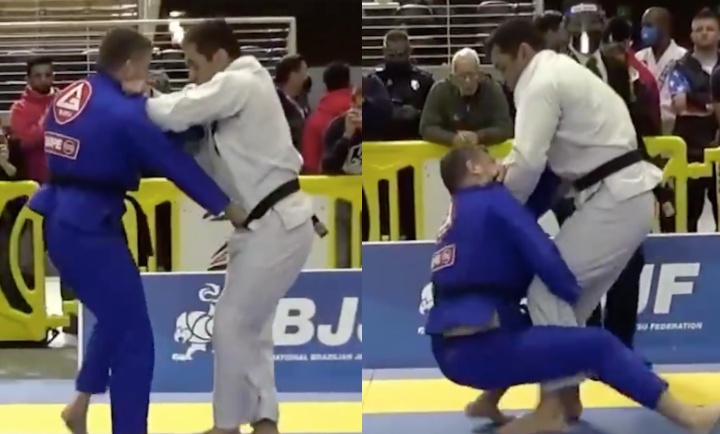 It was said that Grandmaster Helio Gracie even in his 90’s, had tremendous grip strength and that if he got a hold of your neck, there was no way to defend his trademark cross collar choke. Even after his death, many BJJ practitioners still use the “Helio Gracie choke”in honour of the Grandmaster.

For the X-choke aka cross collar choke, you put the first hand palm up deep with the knife of the wrist on the artery. The second hand crosses the first one on top, and palm down. You grab the shoulder and proceed to choke.

It is quite rare to see an X-choke done standing as most chokes happen o the ground, but it can work even at the highest level. Just look at this black belt match where the standing x-choke happened:

Here is an another incident that happened with two white belts, a standing RNC in a bjj competition: