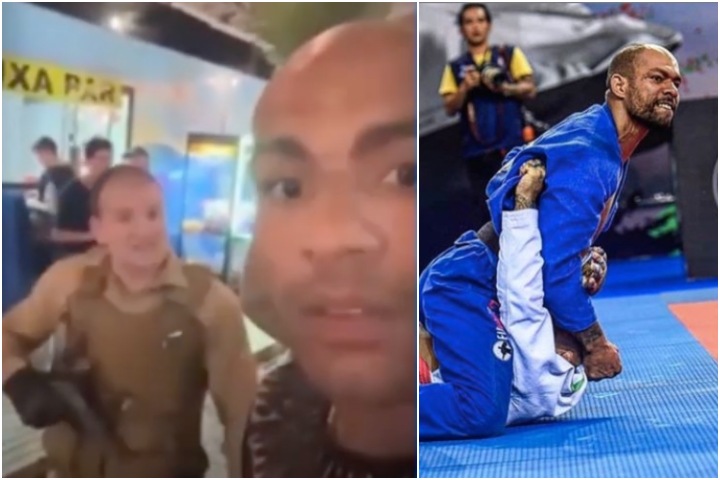 Controversial BJJ World Champion, Erberth Santos was involved with the police, and was expelled from a party, in Santa Catarina. The Jiu-Jitsu champion accused the police of racism.

Erberth Santos was approached by two armed police officers who demanded his removal from the establishment on Praia Brava in Itajaí, SC. “Go on, go fighter,” shouted one of the officers. Erberth Santos assured him that everything is ok with him. Erberth Santos was IBJJF world champion in 2017, and posted on his instagram that the act was “racist”.