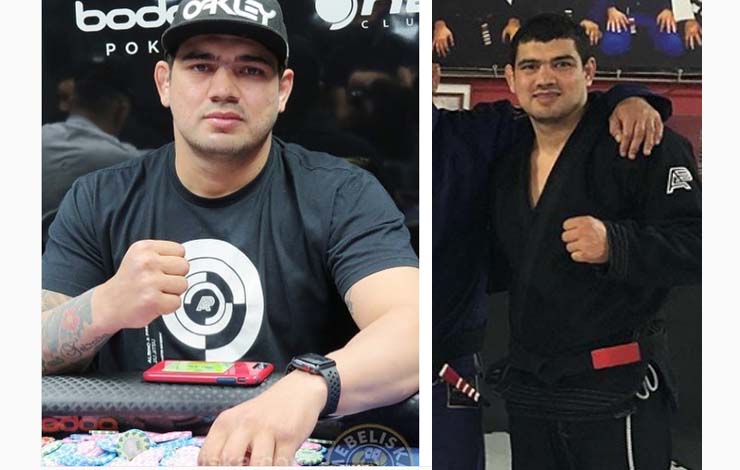 The 11x IBJJF world champion and former UFC fighter Antonio Braga Neto has found a successful way to earn a living. The BJJ champion has been for the past 3 years a professional poker player.

“Poker was a way I found to make money,” Neto said. “That’s what saved me in those years when I haven’t fought.”

Braga’s last MMA fight was a defeat by KO to Trevin Giles back in the UFC in December 2017.

Braga was forced to pull out of his scheduled UFC welterweight debut back in July 2015 due to injury.
He had turned his sights on a different sport to made money and entered the world of professional poker. Now it looks as though he missed a fight in order to play poker.

Antonio Braga Neto was planning a trip to Brazil, to teach a few jiu-jitsu seminars and make some money before his UFC Lincoln fight with Andrew Sanchez on Aug. 25 2015.

Following several stupid mistakes he missed a flight, and then missed another flight the following day, losing $250 he had paid for the flight tickets.

Neto decided to change plans and drive all the way down to Florianopolis – a 700-mile road trip. After several hours of driving on the first day, the UFC fighter stopped in Sao Paulo to get some sleep, and found out that a poker company was promoting “Big Chance”, a poker tournament that would pay almost $80,000 in prizes.

“It was cool because of the money I made, the result, but I wanted more, man,” Neto told MMA Fighting after finishing fifth and pocketing $4,000. “I had played this tournament before, finishing second and fifth. It’s a good profit.”

Neto wants to create his own online store to sell fight gear, so he will invest some of this money in the project. “I’ll invest 20 or 30 percent in poker as well,” he says with a laugh.

Reportedly Neto signed up to compete at the BJJ Pro IBJJF Championship in Sao Paulo, but ended up losing his first match by points.

If he was successful on the mat and won the gold , he would only have pocketed a third of what he made days before in a poker table.

“I fight for love, for glory,” Neto said. “I know my story and I know where I am and where I want to get. I’m trying to do my best and make it up for the time I lost, making things right to win.”