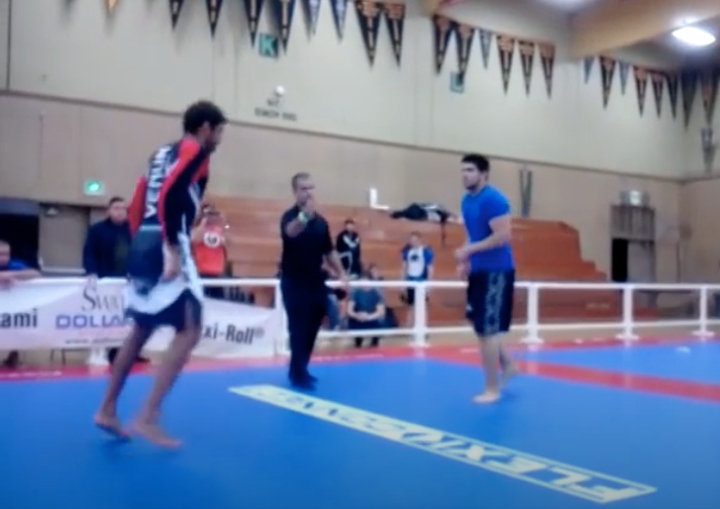 Back in 2012, Alvaro Briseno was a BJJ white belt but he signed up in the Pro division of this tournament. What he didn’t expect was that he would have in front of him no other than 5x BJJ world champion Leandro Lo.

Lo is known more for his prowess in the Gi but he also has a a few No Gi golds under his belt.

The white does a good job, but eventually is overmatched by the world class Leandro Lo.