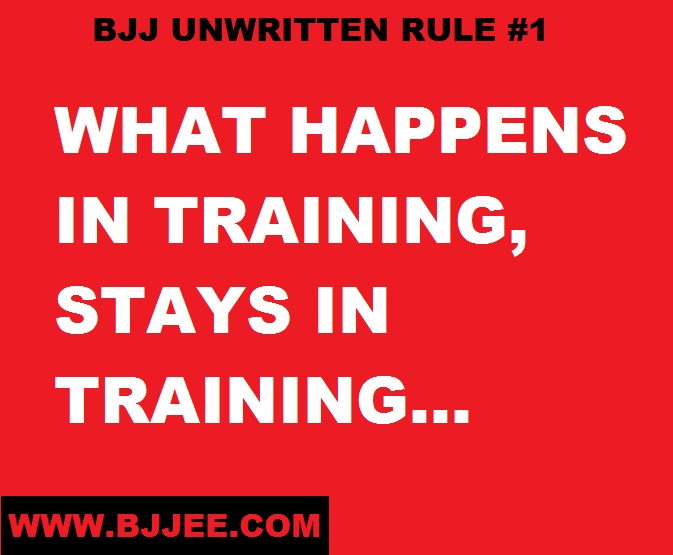 We are going to start a series of unwritten rules which are not real set rules but more of a code of conduct for BJJ practitioners. The first one is about what happens in training.

People need to realize that training should be seen as a workshop or a laboratory where BJJ players try out new techniques, new concepts with their training partners. Training partners are part of a team and are there to help you improve. Off course it is normal to sometimes have full blown sparring wars in preparation for a tournament but most of your time should be spent drilling and sparring.

First rule of rolling: Don’t brag about tapping an opponent out during training. It’s a great way to make enemies at the gym. If you catch somebody, you catch somebody. Big deal. You haven’t won anything and nobody cares if you taped Henri the 40 year old accountant who has 2 mortgages, and 2 kids… Also some guys have ups and downs. Some can be tired that night, some could have been taking it easy etc.. So don’t make too much out of it. Just train hard, drill hard and have fun! OSSS