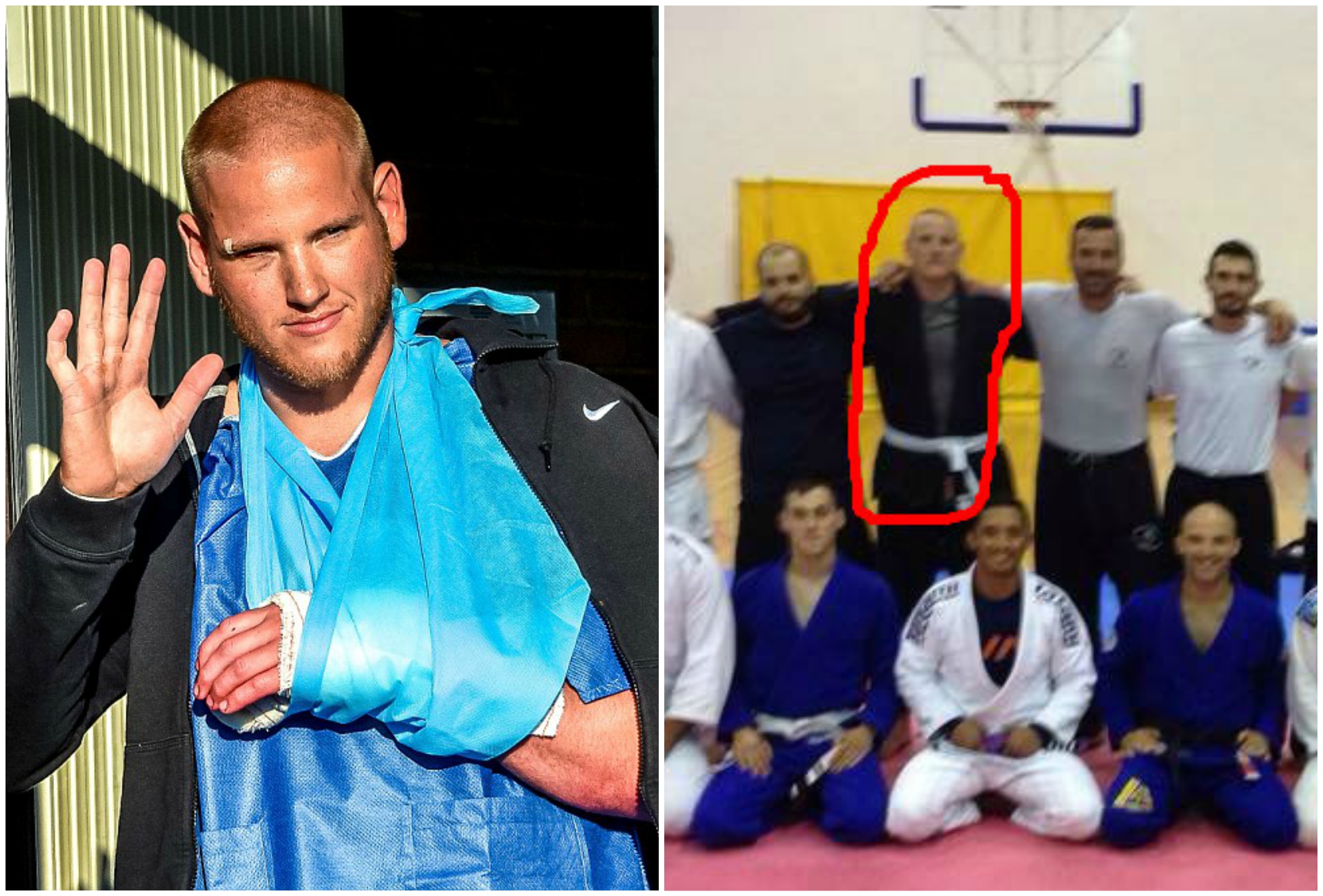 Spencer Stone, the US Air Force serviceman who along with two other military stopped a massacre in the high-speed train on the Paris / Amsterdam link, is a Jiu-Jitsu practitioner that trains in Portugal.

Spencer Stone was one of three Americans who wrestled the terrorist to the ground. Reports are saying that he was stabbed in the process of disarming the terrorist of an AK 47 rifle with nine magazines.

The three Americans who stopped the attack were Stone, Anthony Sadler, a college student, and Alek Skarlatos, from the Oregon National Guard,

According to jiujitsuportugal.com, Spencer Stone, who works at the US Air Force base of Lajes on Terceira Island, Azores, Portugal, trains at the local branch of Gracie Lisbon there.

Spencer used Jiu-Jitsu to take out the gunman according to the BBC:

“”Spencer got to the guy first and grabbed the guy by the neck,” Mr Skarlatos told Sky News.
“I grabbed the handgun, got that away from the guy and threw it. Then I grabbed the AK-47, which was at his feet, and started muzzle-bumping him in the head with it.
“Everybody just started beating the guy while Spencer held the chokehold until he went unconscious.” 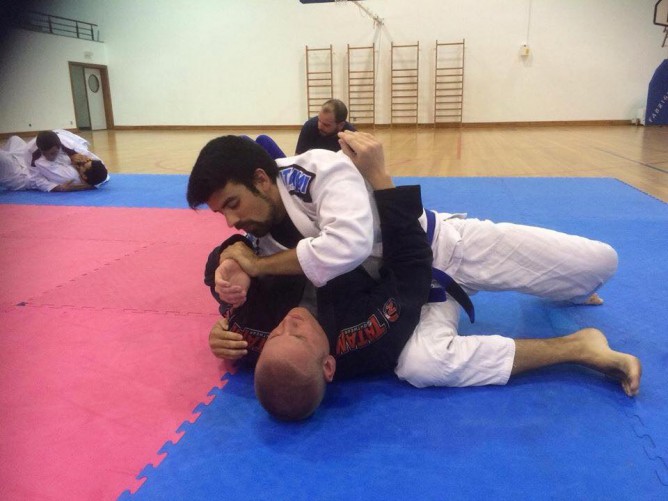 Spencer underneath in Side Control 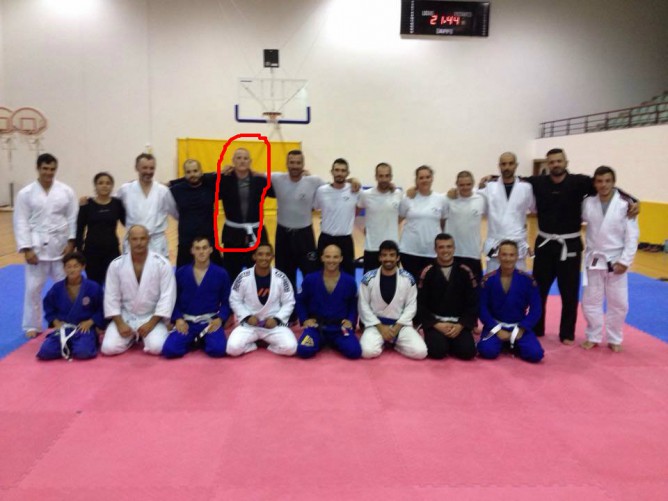 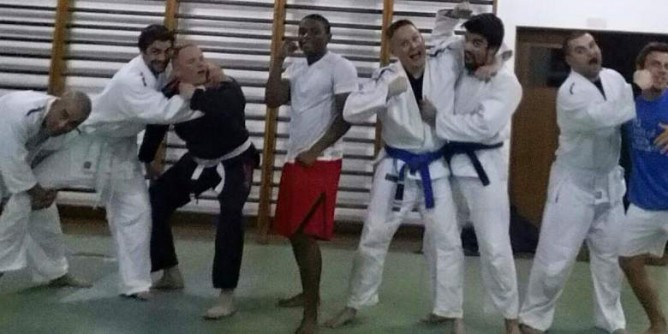 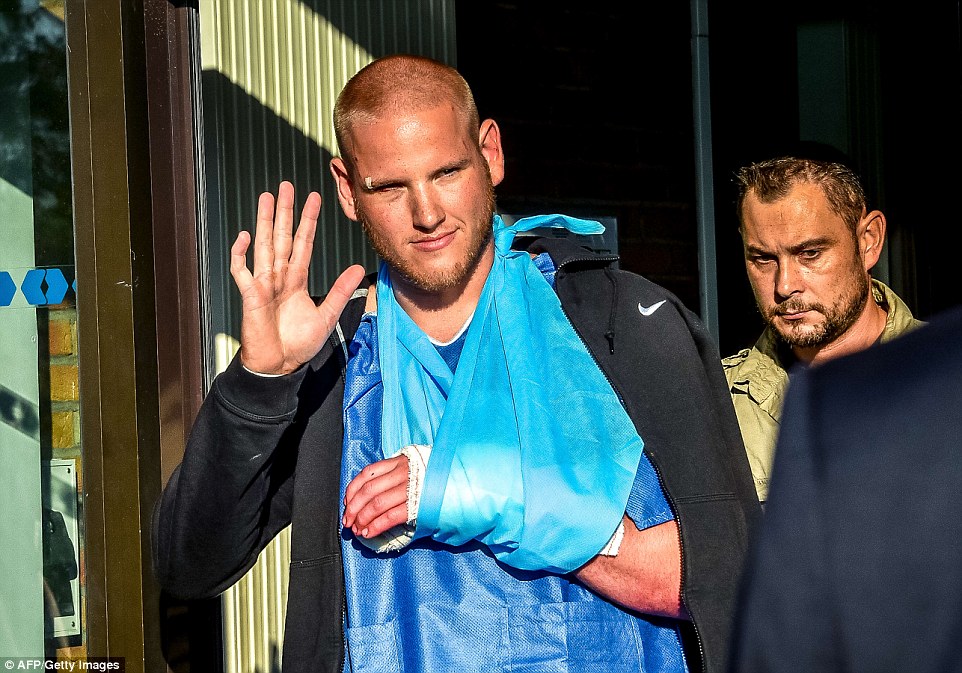 Spencer Stone emerged from the central hospital in Lille, France, wearing bandages and a sling a day after tackling a terrorist down 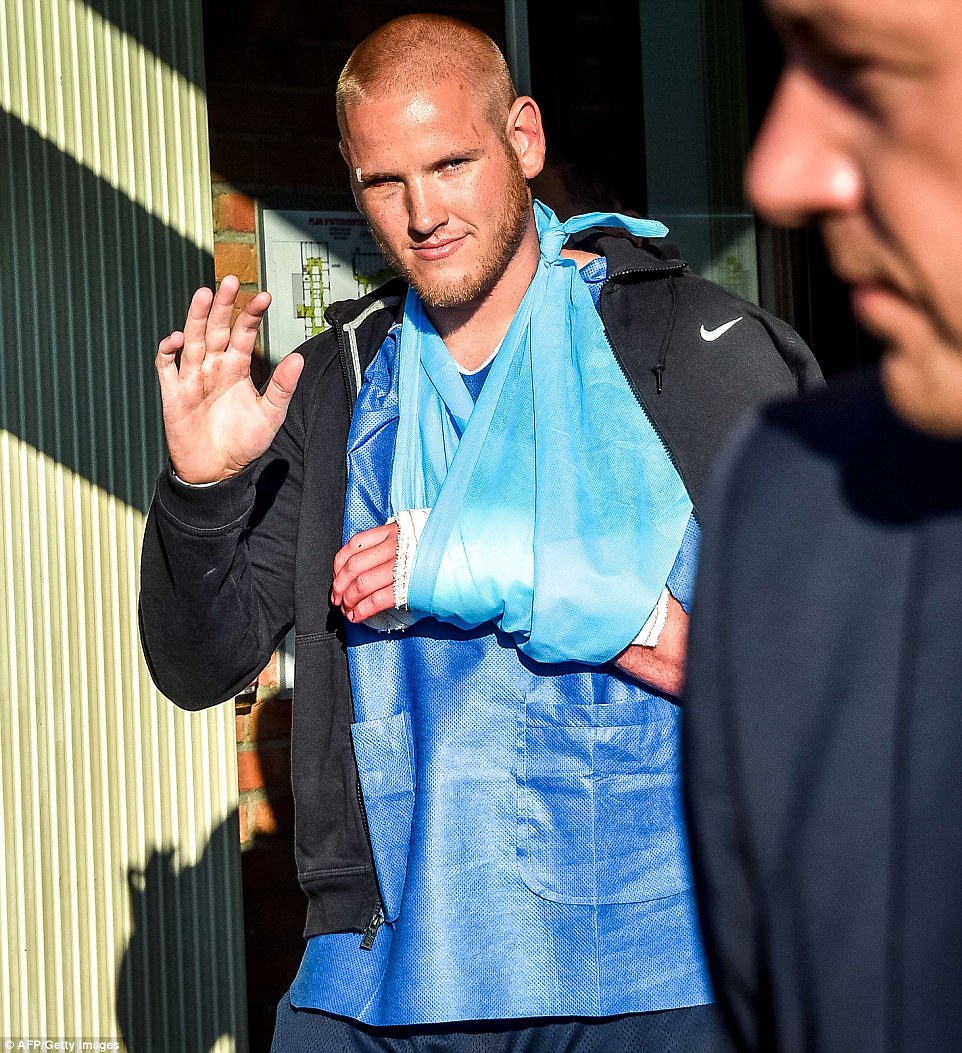 Hero: Stone offered the cameras a humble wave before slipping into a black sedan with diplomatic license plates 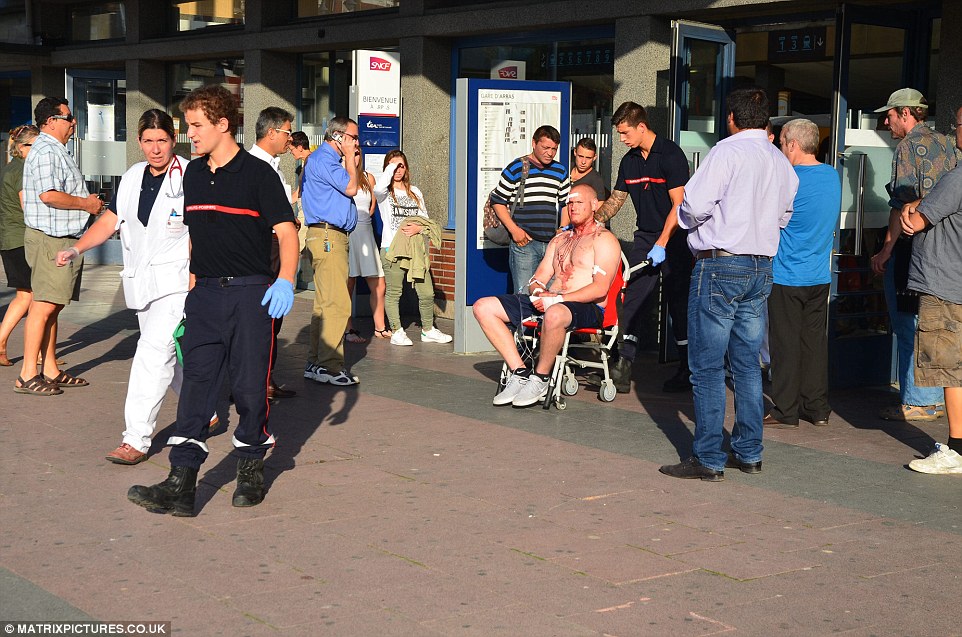 US airman Spencer Stone is wheeled out of the station bleeding from the head, neck and hand after getting stabbed during the ambush