BJJ Training Partners That Annoy Everyone At The Academy 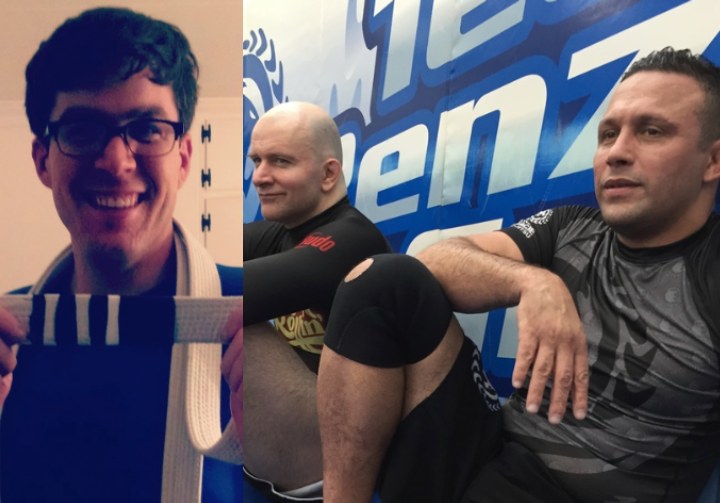 If you train every day, you will end up recognizing stereotypes of training partners and among them, a group will stick out: The annoying ones!

10- Whoever breathes in your ear or tickles you!

If you are ticklish, nothing worse than an opponent who attacks your back by caressing you sadistically. Similarly, if your partner blows in your ear in side control, you can consider it like declaration of war… (if it’s not illegal in the IBJJF rules, it should be)!

9- The one who comes to train to share their germs

No one likes to stop training because of a bad flu, a staph infection or any health problem. However, I have a bad memory of a diarrhea epidemic at the academy … Sharing is important on the mat … but not for everything!

8- Whoever has seen crazy technique videos

So, you are a black belt and you want to test a sweep seen on YouTube, that is understandable. But if you’re a white belt and it’s your second training … Turn off your phone and listen to your instructor! A study at the Boston College Institute indicates that statistically you are less likely to succeed in passing a berimbolo in live sparring when you can not shrimp properly….

7 – Who wants to use only brute strength

If Obiwan once said “Use the Force”, is it not your duty to do so? This is probably the reason why the Jedi apprentice thinks that by pressuring you like a crazy in your closed guard, he will eventually choke you. After 4 minutes spent in this position, if you politely tell your partner that it is useless, he will reply that once he successfully us this technique against a rooster weight white belt. Do not try Skywalker, forget the Force!

6- The one who loses because he is “tired” or “injured”

Trainings are not competitions. You can count the points, commit yourself, but the rolls are supposed to be friendly. However, the ego sometimes makes us lose our footing. The one who gets excited and who ends up tapping tells you that in fact he did not lose because you were better … No, actually he has an old injury that he did not tell you about and that was bothering him… Because otherwise he would have won, that’s for sure!

When you are better than a higher belt, and he stops you in the middle of the move to explain how to do it well. If it takes 3 minutes for you to finish a triangle choke, that ‘s fine, but when the person in question interrupts you every time his arm begins to hyperextend in an armbar or stops you in the middle of a choke to explain why it doesn’t work while he is all red… It’s just annoying.

This guy wants to submit you so much that he will stop at nothing! Whether you’ve fallen out of the mat, 2 cm away from a teammates’ butt, he does not understand that you’ve already stopped in order to reset. He just sees an opportunity to submit you.

Competition rule exist in order to avoid injuries. The smart guys will tell you: but I do not compete! If you want to break your fingers by putting them inside the sleeve, okay, but thank you not to tear off my knee ligaments with a heel hook. One must distinguish one who does not know the rules,and the one who can learn them … And the one who does not care! However, this type of partner quickly self-destruct the day they try a nasty knee bar on a black belt … RIP, we will not miss you.

2- Those who prefer to fall asleep instead of tapping

When training, everyone taps. In BJJ, we sometimes hear people proudly say that they did not type while they lost by injuring themselves. You are free to think what you want about this attitude, but one thing is sure: it is stupid during training. Whoever goes to sleep because he does not want to lose will not only worry his partner but also disrupt the training (because no, we do not resume rolling when we have lost consciousness, it is dangerous!).

If you roll all day with the same GI and that it smells a bit bad at the end of the day, it can pass… But the BJJ practitioner who reuses the same Gi all week long deserves to be banned from his academy.There are very low cost kimonos (30 € for judo Gi or even for used kimonos), so the lack of means is not an excuse! Dude, you do not wear the same pants all week because you’re poor! No more excuses!