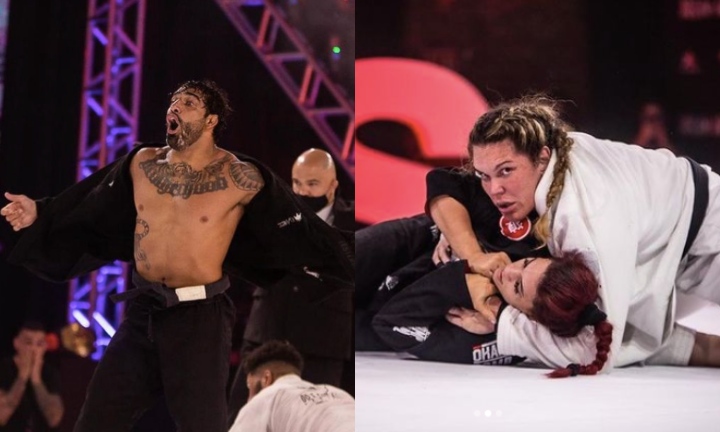 In yet another historic night, BJJ Stars 4, held last Saturday, in São Paulo, promoted great matches. In the main event, multi-champion Leandro Lo confirmed his favorite status and defeated Isaque Bahiense after a ten-minute “war” to win the middleweight GP, in addition to the 100,000 reais prize. Isaque, runner-up, took R $ 30 thousand. In the co-main event, Gabi Garcia returned to the Brazilian mats with a gala performance against Cláudia do Val.

The “Fight of the Night” award, it is worth mentioning, went to the victory of Bia Mesquita over Thamara Ferreira by 4 to 0 on points. The “Submission of the Night” was with Dimitrius Souza, who strangled the tough Rafael Lovato Jr.

Leandro Lo had a complicated debut on his way to the final against Jaime Canuto, winning by an advantage. In the semifinal, he beat Cláudio Calasans 7-0. Isaque Bahiense, in turn, beat rival Gustavo Batista on points and, in the dispute for the final, submitted Otávio Sousa with a choke.

The final was an extremely eventful fight. Leandro Lo tried to pull Isaque Bahiense to guard at times, but the Dream Art fighter defended and responded with intensity. So the confrontation remained. In the final seconds, Leandro tried a takedown and won an advantage. In the same move, Isaque sought the opponent’s neck, but failed. After drawing 0-0 on points, Lo won by an advantage and won the Middleweight GP, in addition to the 100,000 reais prize. The result also shows the “new phase” in the career of the multi-champion from São Paulo, who has claimed to be even more focused.

Early in the fight, Gabi Garcia called to the guard and worked her game with calm and patience. Cláudia do Val tried to defend herself as she could, but little by little the Alliance’s black belt dominance was expanding. The points were earned when Gabi took his back. Shortly after, he passed the guard and, in the final stretch, took his back again to open 11-0 on his return to Brazil.