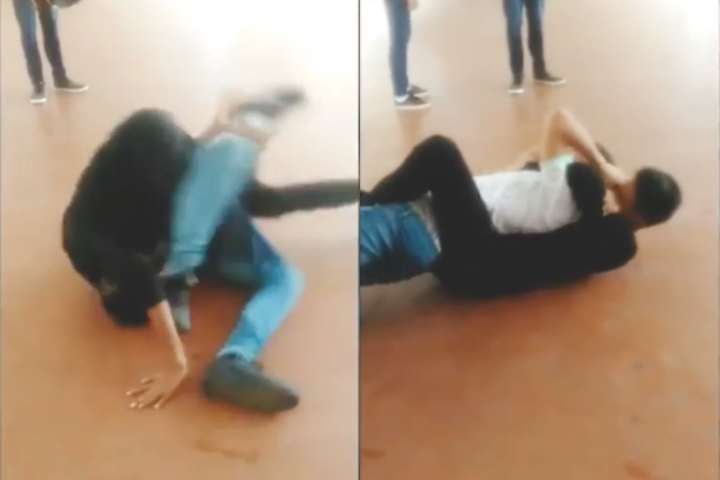 Many Old school BJJ practitioners will say that may of today’s so called modern sport BJJ techniques are not applicable in a street self defense situation.

For Gracie Barra Carlos Jr, self defense is the first basic stage of learning Jiu-Jitsu when you are learning how to defeat someone that is ignorant to Jiu-Jitsu. Once you have learned it, you need to focus on the next stage, defending against someone who knows Jiu-Jitsu.

In self defence, you learn how to mount a layman, he does not know how to defend the mount, but a knowledgeable fighter, a coloured jiu jitsu belt, he will know the defense. He won’t let you, so you need to perfect your technique, to mount him. This is a perfected form of self defense.”

In this interesting video, we see a BJJ practitioner teach a street bully a lesson by using some acrobatic modern BJJ techniques, such as a rolling back take. The bully seemed clueless once it hit the ground: