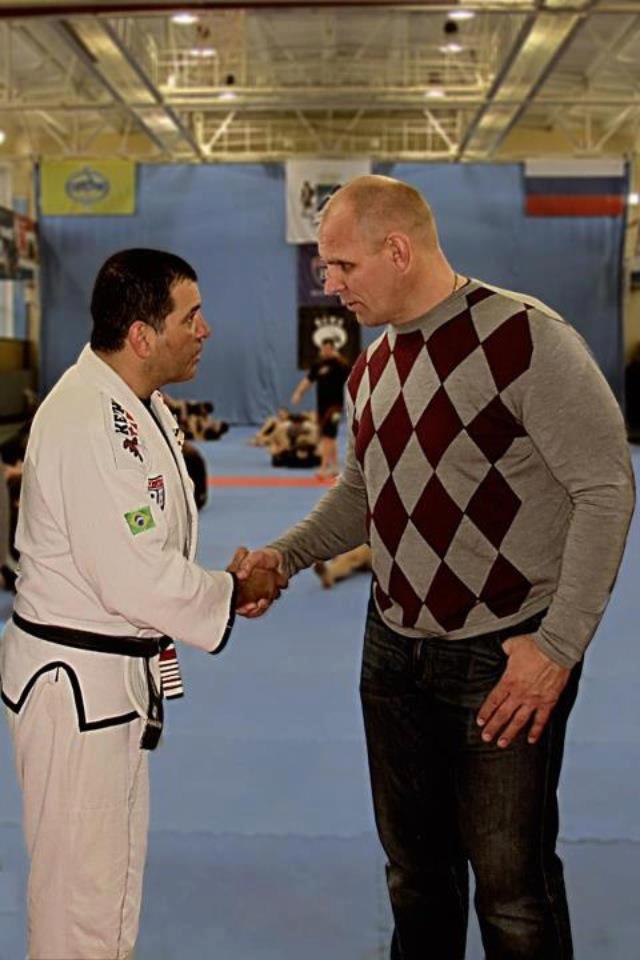 Marcus Vinicius (Beverly Hills Jiu-Jitsu Club) was recently promoting Brazilian Jiu-Jitsu in Russia. His first trip to the country took place in 2007 and now he has come back and the gentle art in Russia is booming.

Currently, the leader of the Beverly Hills Jiu-Jitsu Club, has a representative in the country, purple belt, Anatoly Azarkim, which has given him good support. Last week, the Brazilian delivered a series of seminars with his right hand man, and in one of these classes, Aleksandr Karelin, Wrestling legend, owner of four Olympic medals and nine-time world champion, visited and watched over.

“During my visit to Moscow, after visiting some schools of BJJ, I observed that the rapid growth of BJJ was already generating ‘politics’ and jealousy, which was expected. To show the Russians that we can be rivals in the competition and still be friends. I, ‘Deda’ Faria and Kristian Cestaro decided to make history and for the first time in Russia held a seminar with three black BJJ black belt Brazilians from different schools at the same time. The 50 students who filled the dojo in Moscow were very pleased with the school and our attitude. It sure was a big step for the growth of BJJ here, “said Marcus.