BJJ Instructors: Holding Back & Pushing Belt Promotions Is Detrimental For Your Students 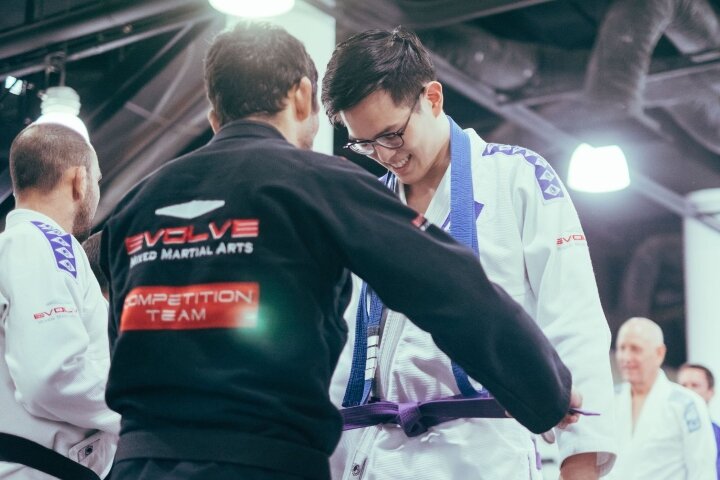 BJJ instructors, generally, want the best for their students. They want to make them feel welcomed and appreciated on the mats… All things considered, they want them to fall in love with Brazilian Jiu-Jitsu. And, whether they like it or not, a lot of their students will be motivated by stripes and belt promotions.
However, pushing belt promotions can be a detrimental thing to do – as can holding them back. Professor Ryan Young, from Kama Jiu-Jitsu, explains why this is the case and why BJJ instructors need to be careful.

Imagine the following scenario… You’re a coach and you want to promote one of your students to a higher rank – so you do that. Everyone, including the student, is happy about it. And it seems as if it were a good decision. However, with time, that student starts competing at his new belt level or visits other gyms to train. And, soon enough, they find out that their belt rank doesn’t stand shoulder-to-shoulder with other people of the same belt level.
What do you think will happen to this student? Because you’ve promoted them too quickly, there’s now a high likelihood that they’ll feel out of place. And that they’ll like Jiu-Jitsu just a bit less because of that.

On the flipside, however, what if you decide to hold back belt promotions? Then you’re doing a disservice to the student yet again, albeit in a different fashion; you’re hindering their progress by leaving them to compete (and train) against people who they’ve already passed.
Professor Young explains more about these two problems of belt promotions on the video below: