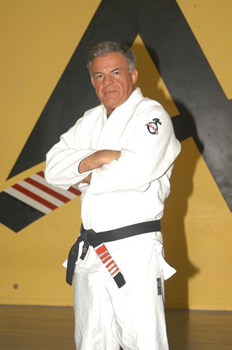 I was reading the undergroung BJJ forum today and one thread caught my attention: It was about a certain person that had recently been promoted to black belt under professor Aloisio Silva in California. It appears that Prof Silva openly advertises ‘Non Member testing’ Which means that non members of his schools can come in and book an evaluation with him and after just a 1 hour ‘evaluation’ he would promote them in the belt that he deems is fair.

Aloisio Silva is well known and well respected in the BJJ community and has produced some very good BJJ players such as Leka Vieira, Alexandre Cafe Dantas or Joe Camacho for example so this comes as a surprise that he so openly advertises this type of ‘service’ that up to now has not existed in BJJ (or has not been openly advertised at least)…

Asking for a belt or rank is a taboo subject in BJJ as most instructors require a long term relationship to be established before any kind of belt promotion can be mentioned. You can’t really fairly evaluate someone’s rank in just one hour. A belt is not just someone’s level in rolling. It’s also knowledge of Jiu-Jitsu, how they treat their team mates, if they are mentally mature for that belt level, if they understand the BJJ code of conduct, mat time, loyalty, competitions etc… Call me old school but at least I’m not selling out.

Non-Members requesting to be assessed by Aloisio Silva BJJ must request a private class of one hour to have a certified instructor assess technical knowledge of Brazilian Jiu-Jitsu and determine belt rank in accordance with out Belt Rank Promotion Technique Requirement. Belt Rank Requirements are available upon request. 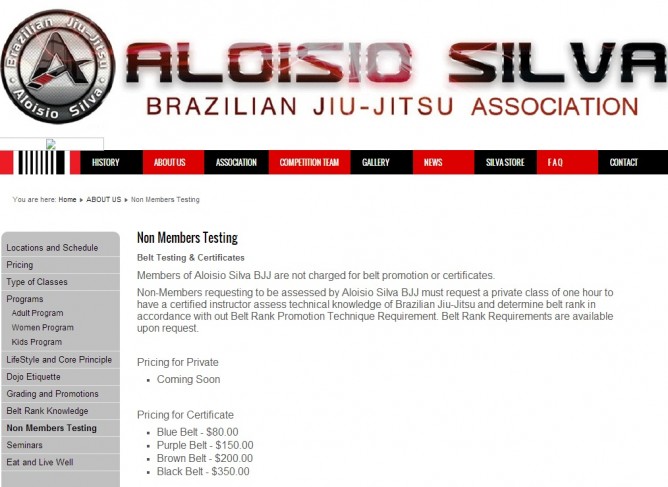