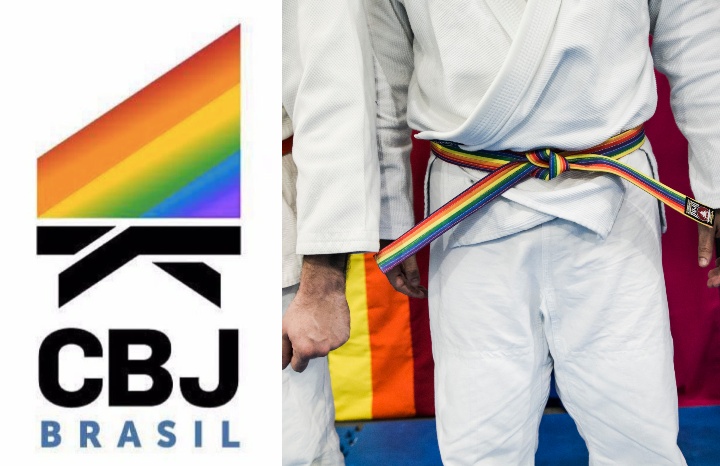 Last week, a video in which Zenilton “BRANCO”Marcelino, a BJJ black belt from Bahia, Brazil said he would implement a rainbow colored belt for his LGBT+ movement, went viral in the jiu-jitsu world.

Since then, several more opinions have been expressed, showing how important it is to debate the issue in the environment in which we live. A survey conducted in 2019 by the Homosexual Group of Bahia, Brazil showed that, last year, Brazil recorded 329 deaths from homotransphobia. This amounts to one death every 26 hours.

To clarify the fact, the Youtube channel ‘Jiu-Jitsu in Frames’ got in touch with Professor Branco, the black belt of the video, and published an interview in which he explains the reason why he decided to create the belt, symbolically, not serving as graduation or gender distinction within the mat.

“Jiu-jitsu is not separate from society. Jiu-jitsu is part of that society and that society needs to be debated in jiu-jitsu. How many people will mostly train jiu-jitsu not to be an athlete, but for lifestyle, to form some personality that he has there because he thinks it is interesting, because he thinks that the tradition of jiu-jitsu will give a social personality. I think it is important for us to discuss it there, because it ends up reflecting on future generations. If we think it is traditional and it cannot be discussed and debated, it will remain traditional and we do not see much. We will only see what we want to see ”.

He also made it clear that he has no power to change a graduation system, much less in relation to the jiu-jitsu federations and that the belt was just to show that everyone is welcome in the sport.