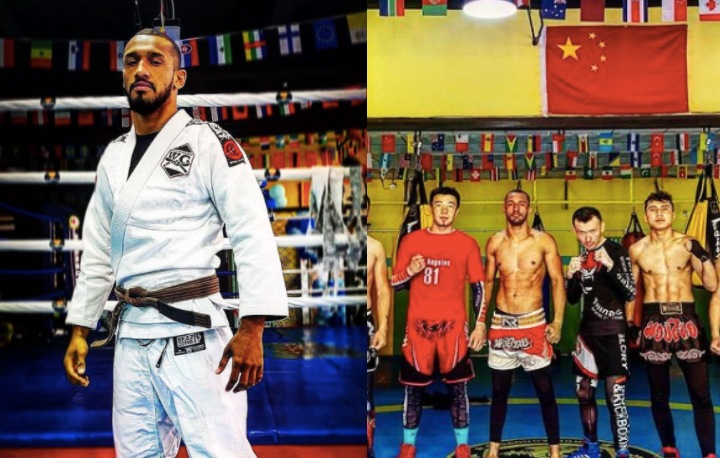 A Jiu-Jitsu instructor, Thiago Reis has been imprisoned in China and has had no contact with his family since May 16th, according to a report by his girlfriend, Bruna Caruso, on social media. The BJJ brown belt went to China to teach Jiu-Jitsu back in February 2020 on a tourist visa – for a duration of three months. With the new coronavirus pandemic, the documentation was automatically renewed over the past few months, but the Brazilian was unable to obtain a permanent work visa to remain on Chinese soil.

With the release of international flights in China, the tourist visa was no longer renewed. According to Thiago’s girlfriend, the Brazilian’s employer gave him an irregular work visa and the instructor ended up being caught red-handed by the Hubei police.

“Thiago’s boss, in order not to lose the best instructor at the academy – who was bringing great results -, applied for an irregular work visa, to a different academy and city from where he was living and working. When the police controlled him, he was detained on May 16th. Since then, we haven’t heard from him anymore, they say something all the time, nobody gives me any certainty, they don’t give me the right information. The Brazilian Consulate did nothing, absolutely nothing”.

Also in the text published on social networks, Thiago’s girlfriend says that the family doesn’t know what to do so that he can return to Brazil and that his relatives don’t have the money to pay for an international lawsuit. Reis is the father of a girl, Maria Valentina, and left the country in search of new opportunities.