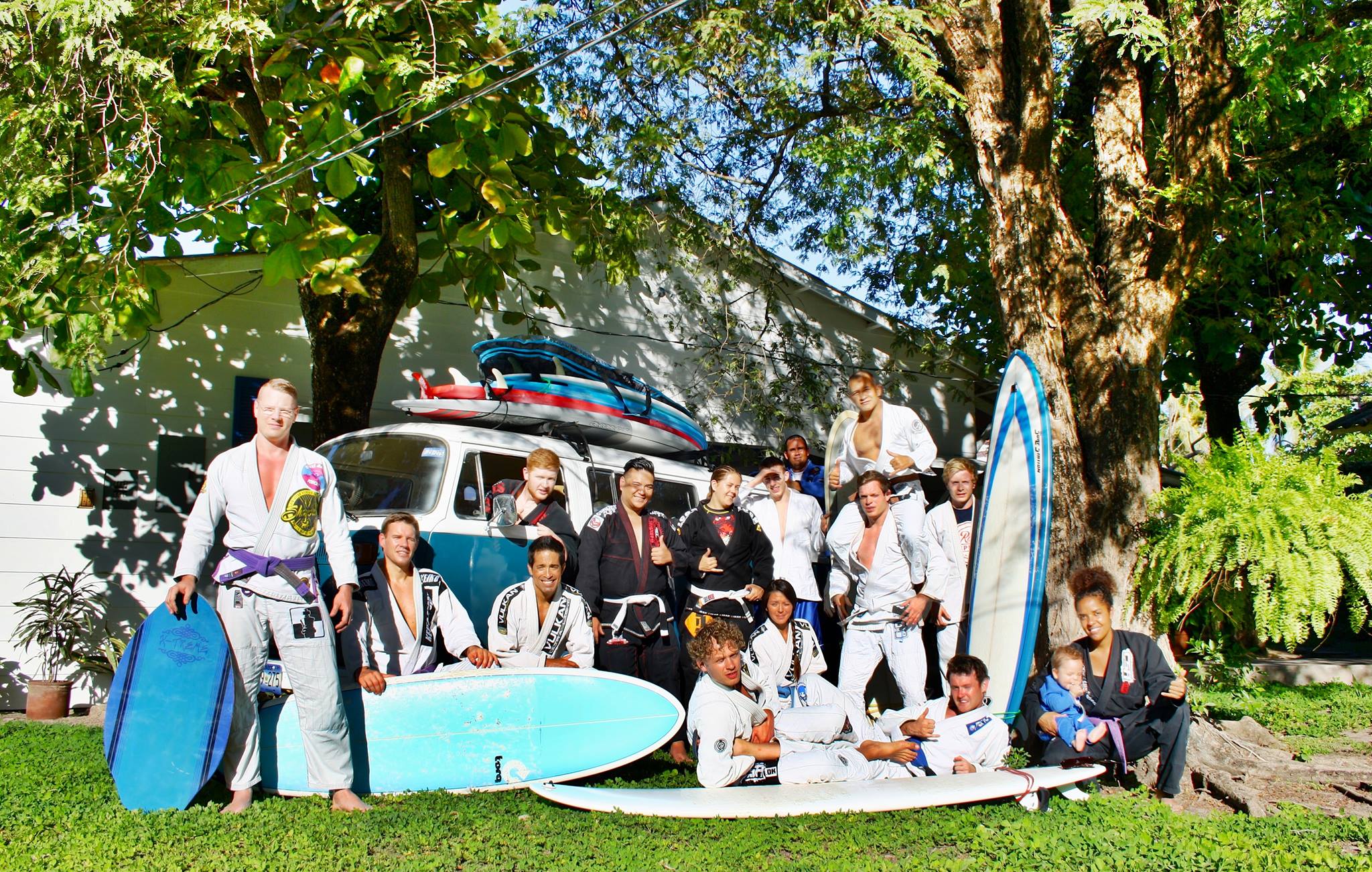 Brazilian Jiu Jitsu Globetrotters offer a de-centralized alternative to the traditional affiliation system of Brazilian Jiu Jitsu. They have a fundamental emphasis on promoting a non-political approach to Jiu Jitsu and treating everyone equal, on and off the mats. Affiliated academies around the world pay no affiliation fees but offer one week of free training for visiting members, are not allowed to deny their students to train elsewhere and encourage training with anyone. BJJ Globetrotters are also hosting popular training camps where members meet, train, teach, surf, snowboard and occasionally have a beer or ten.

BJJ Eastern Europe has interviewed the founder Christian Graugart, a black belt from Copenhagen, Denmark also known for being the author of “The BJJ Globetrotter”, about the success of his project.

How did BJJ Globetrotters start back in 2012?

Originally, I just needed to come up with a name in order to register our academy with the IBJJF so me and my guys could compete in the Europeans in Portugal. The name we wanted to use was already taken, so I just wrote “BJJ Globetrotters”, inspired by the name of my blog from when I traveled around the world the year before. A few guys on the team suggested we made team patches for the trip and after a friend of mine had drawn the design I came up with, I received a bunch of emails from people who asked if they could have one and also if they could sign up for the Europeans with the Globetrotters, since their own academy wasn’t registered. One thing took the other and shortly after, we had hundreds of people on board who needed help competing at the big IBJJF events.

How have you seen BJJ Globetrotters evolve since the beginning?

I never had any sort of master plan with BJJ Globetrotters and I still don’t really know where it is going, but it quickly grew into a vehicle for me to channel my passion for bringing ideas to life. From being more of a “team” in a semi-traditional sense, we pretty early on evolved into a world-wide community of people with a shared interest in politics-free Jiu Jitsu traveling and networking. This has spun off a number of things such as our training camps, super light weight travel gis, Matsurfing.org (a couchsurfing-like service for BJJ), sponsorship of a growing number of amazing travelers and last but not least, countless of new friendships, connections, meetups, opportunities and experiences for our members and affiliated academies.

None of this was ever planned, but I have kept a strong focus on building everything on a foundation of good karma and a belief that everyone is equal both on and off the mats. The values of the team were defined early on and can never be changed:

All I’ve done so far is basically just to stay 100% true to these values in everything I do and then tag along for the ride, watching everything unfold almost by itself. It’s been a beautiful experience and I’m excited to see where it will be going in the future.

What is the story behind the training camps?

When I came back from traveling the world in 2011, I had a lot of hospitality to pay back so my academy had visitors almost every week (and still does). At some point I came up with the idea of asking everyone to try and come at the same time and we ended up with around 30 visitors for a week. We trained our asses off and had such a good time that it seemed like the most obvious idea ever to do it again. Over the years, this has evolved to a more and more organised thing and at this point, we are setting up training camps in interesting places all over the world with hundreds of participants coming together from all nationalities, teams and belt levels. We’ve had some fantastic instructors teach so far, and we are always looking to book more interesting names to come share their Jiu Jitsu with us. A few instructors to mention from our former camps are Keenan Cornelius, Clark Gracie, Sinistro Iturralde, Gianni Grippo, Oliver Geddes, Robson Barbosa and Royce Gracie.

For myself, it’s amazing to meet, train and get to know so many people through these camps and combined with being a nice vacation, organizing them is by far one of the most favorite things I can imagine doing. It’s a ton of work, but I wouldn’t trade the amazing memories and friendships I have gotten from them for anything.

For more information on our upcoming camps, please visit www.BJJglobetrotters.com/camps .

What kind of people attend your camps?

Everyone! Our heavy, foundational emphasis on everyone being equal on and off the mats really shines through at the camps, where I feel there is a common perception that nobody should be assessed from what belt they are or what lineage/team they represent. Anyone you meet could potentially be your next best friend and I think we’ve been very successful in passing on that attitude to people attending our camps or using our community to network in one way or the other. Black belts get to sleep on couches too!

How does the affiliation part of BJJ Globetrotters work? Can anyone sign up and compete at the IBJJF events under your name? How do you promote people?

We are not an affiliation in a traditional hierarchical sense, which can be hard to understand for many people in forums around the internet. There is no one in the top handing out promotions or rules. BJJ Globetrotters is a flat community where everyone involved have the opportunity to help each other out. Some of our members, like myself, happen to be able to help with belt promotions and might chose to do that. On an organisational level, I happen to be able to help people register for IBJJF and UAEJJ competitions if their own academy can’t for whatever reason, so I chose to do that.

And no, we don’t promote people online 😉

Last, how can people get to know more about BJJ Globetrotters?

For all your globetrotting needs, go visit our website www.BJJglobetrotters.com. I also recommend joining the ever-growing Facebook group “Members of Team BJJ Globetrotters” for instant networking if you’re traveling and is looking for someone to train with.