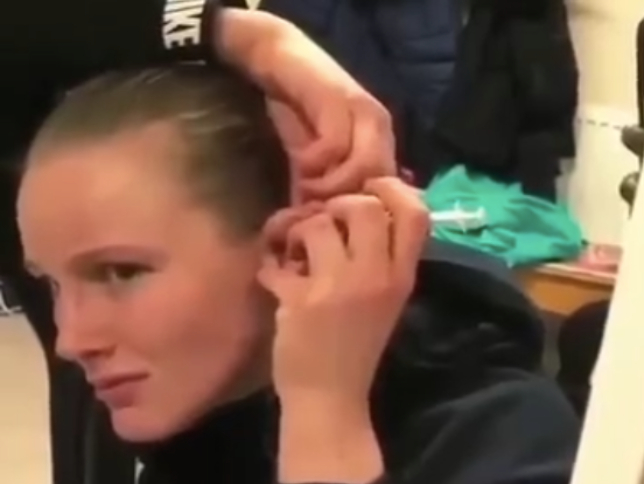 Chances are that if you practice Brazilian jiu-jitsu, you know someone whose ears look like a tortellini. Cauliflower ear is caused when the ear receives a blow that shears away the ear’s cartilage from its overlying perichondrium. Liquid fills the new space between the two layers, and will harden into a hard fibrous lump if not drained.

This condition, commonly referred to as “cauliflower ear” due to its appearance, must be treated immediately. If not, the blood and pus can harden and cause a permanent disfigurement. You or a doctor need to drain the cauliflower ear to prevent such complications from happening.

If you want to drain the year, don’t panick the same way that Leandro Lo does…

He’s maybe the top pound for pound BJJ athlete at the moment with world titles at three different weight classes. This badassery does not always translate to other areas of life. He recently had his teammates drain his cauliflower. The draining is usually painless procedure and actually relieves the ear from any discomfort.

Watch the champion react, with cries of “Oh my God!” and “You pierced too deep. The needle is already in my brain!” followed by a teammate saying: “Your brain is coming out!”.

To avoid having the needle going in too deep exiting from the other side of the year (yes, it does happen sometimes), this unknown BJJ female practitioner shows us the right way to drain her ear without going too deep: