BJJ Chokes That Everybody Should Know, With Lachlan Giles 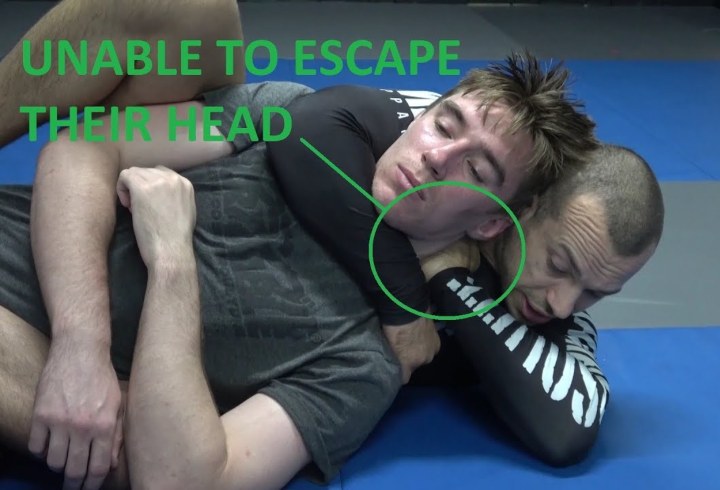 Lachlan Giles, a bronze medalist in this year’s ADCC absolute division and one of the most well-known contemporary grapplers, teamed up with Bernardo Faria to show three BJJ chokes that absolutely everybody should know!
Let’s get straight into it, beginning with the Rear Naked Choke.

Lower their chances of escape

Lachlan first mentions that, after getting the back, his preference is to fall on the underhook side of his seatbelt grip. Then, you need to keep your elbow (of your underhook arm) squeezed towards your ribcage.
You also need to make sure that you are controlling your opponent’s head, not letting him drop it to the floor.

What do I do with the choking arm?

From there, you need to start initiating the choke. You do this by forming a fist with your choking hand, digging underneath your opponent’s chin with your thumb in order to get it all the way across his neck.
Once your arm is so deep behind your opponent that you can use it to control him without too much additional effort, you’ll know that your choking position is deep enough. Lachlan emphasizes two points that you need to focus on when you get here:

1) Be active in holding this position, controlling his head.
2) Keep your hand hidden as deep behind your opponent as possible – cover it with your head as well.

To finish the choke, Lachlan advises using your underhook arm to prop yourself up instead of going in straight for the finish. This way, your opponent won’t be able to defend himself by blocking it. After doing that, put your fist into their neck, prop your elbow over their shoulder and connect with your other hand.
Then, shoot the arm through and pull your elbows back, while simultaneously pushing your chest forward to get the submission.

Lachlan starts the second choke – the arm-in guillotine – by setting up the chin strap grip over Bernardo’s chin, stopping him from turning his head. His other hand goes around Bernardo’s arm and connects with the chin-strap hand.

From there, Lachlan sits up on his left leg, posturing up. He pulls Bernardo’s head as far behind his back as possible, elevates his shoulder, and then readjusts his hands in front again – high on his own chest – to get a tight squeeze.
Then, he steps in front of Bernardo’s hip with the right leg, falling back and dropping his shoulder into Bernardo’s head in the process. His left leg goes over Bernardo’s back and he finishes the choke.

An important point when finishing the guillotine, Lachlan says, is to not arch your back. Instead, side curl and drop your shoulder into your opponent before his head hits the mat.

If you’re trying to get the arm-in guillotine choke, but your opponent is defending it by holding onto your arm with both of his hands, it’s a good time to transition to the Anaconda choke!

Lachlan says that the leg you used for stepping over your opponent’s back now needs to get the butterfly hook onto their leg, after which you sweep them with it and get into a reverse north-south position. Then, swing that same leg over their elbow to get rid of one of their grips.
To get rid of the second grip, simply push it away. Then, grab your second arm with your choking arm, pull the choking arm’s elbow towards your ribs, squeezing and finishing the submission.

Watch the video below to see Lachlan explaining these chokes into much more detail: 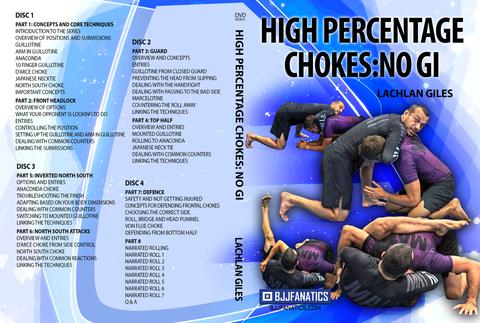