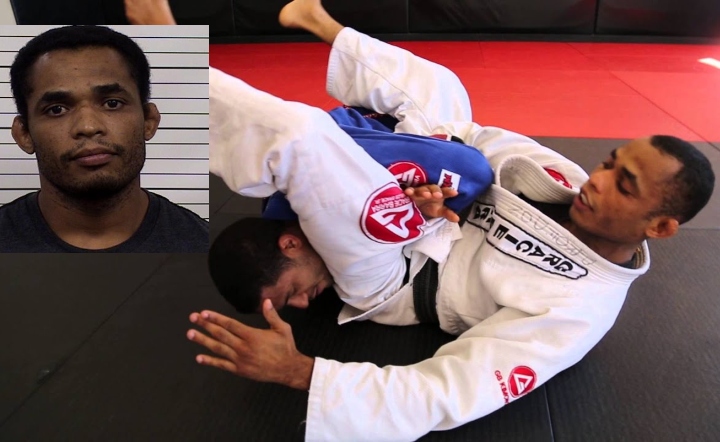 A Brazilian jiujitsu champion and instructor at the famous Jackson-Wink MMA Academy was arrested, jailed and accused of drugging and raping a client late last year.

Rafael de Freitas, 37, aka Barata, famous for having invented the famous BJJ technique Barataplata has been charged with criminal sexual penetration in the Nov. 7 incident according to Albuquerque Journal.

The female client captured the alleged assault on a security camera in her living room, according to court records.

Freitas and his defense denied the sexual assault charges levied against him and said that the intercourse was consensual.

Now according to Bloodyelbow, the charges have been dropped by the judge in charge of the case:

Yesterday Jason Bowles, attorney for BJJ coach and former The Ultimate Fighter contestant Rafael de Freitas, forwarded to Bloody Elbow a court document that shows that sexual assault charges against his client have been dropped.

That document states the following:

Comes now the State of New Mexico by and through its Deputy District Attorney, Allysa Gambarella, and enters a nolle prosequi without prejudice in the above captioned case. While probably cause existed at the time of arrest, additional investigation has revealed that, at this time, there exists an insufficient factual basis to meet the State’s burden at trial.

Nolle prosequi means that the state will no longer prosecute. In this case it means that De Freitas’ two charges of criminal sexual penetration in the third degree have been dismissed.

Bowles Law Firm, which represents de Freitas, released a statement on the situation back in December claiming that the intercourse was consensual.

The full statement, which was first MMAjunkie.com , states:

“We represent Rafael de Freitas Barata, a well-loved and very accomplished ju-jitsu practitioner. To date, the public has received one-sided reports of sexual assault based on the word of the alleged victim and a video, which no news agency or the public has seen. We have now watched the video. Let us be clear: these charges are false.

The video proves Mr. de Freitas’ innocence of a crime. We will present evidence that she invited Mr. de Freitas over that morning in texts, poured alcohol and had liquid THC, and her actions and responses during the video reflect a completely consensual encounter. Her statements to police also show that she had had motives to bring these false charges.

Mr. de Freitas willingly admits and is remorseful about making a terrible error in his marriage and towards his wife. But he is absolutely innocent of any criminal sexual assault and his and his family’s name and reputation have been falsely maligned. We are asking everyone to reserve judgment until all of the evidence is presented in court.”

Barata is  a grappling instructor at Jackson Wink MMA Academy, home to champions Jon Jones, Holly Holm and many others.

James Hallinan, a spokesman for Jackson Wink now has distanced the gym from Barata. He said:

“All I’ve been told is he is not an employee of Jackson Wink Academy and he never has been. If the website hasn’t been updated, it’s in the process right now.”

The web page has since been deleted.

According to the criminal complaint filed in Bernalillo County Metropolitan Court:

“On Nov. 17, a woman reported the rape to a detective and said it happened at her home during a Nov. 7 session with the trainer. She said she had been taking lessons from Freitas for several years and on that day was having him massage her legs due to recent cramping.

The woman said that Freitas is flirtatious with her and several other women he trains, that she “at times found his behavior inappropriate” and that there was never any romantic relationship between the two.

The woman told police she drank half a glass of wine and then ate breakfast and drank orange juice with Freitas before the session. She said she went to the bathroom and came out to find Freitas had prepared her a second glass of orange juice.

The woman told police she added a shot of whiskey and ginger ale to the drink and about 30 minutes later began “feeling sleepy” as Freitas massaged her legs. She said that she “quickly passed out” and awoke hours later, naked from the waist down, and that Freitas was gone.

The woman told police she messaged Freitas, saying she was embarrassed and asked Freitas about her being naked and he replied, “Yeah, you were fine don’t feel this way at all you’re good.”

She said she remembered she had a security camera installed in her living room and gave a copy of the video to police.

According to a detective’s description, the video shows Freitas “possibly” drop something into the woman’s orange juice, while she was in the bathroom, as his hand makes a “flicking” motion over the glass.

After Freitas begins the massage, the woman’s legs appear to get “heavy” like “dead weight.” The detective says Freitas is seen removing her shorts and appears to force oral sex on her while she is passed out.

The detective says that before leaving the house, Freitas takes the woman’s hand – her arm appearing “limp” – and rubbed it on his genitals. After Freitas left, the woman stayed motionless on the couch for 50 minutes before sitting up.”