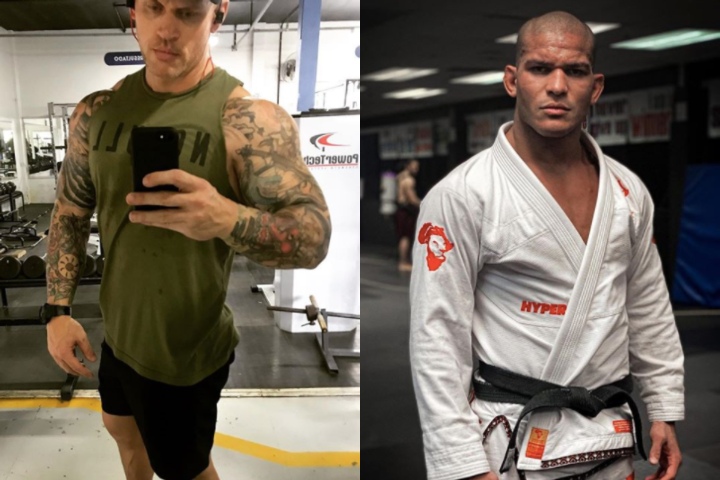 In the past, there have been many instances where strength athletes, whether bodybuilders or powerlifters, have tried training Jiu-Jitsu and have rolled with the instructor to test themselves:

Another one that comes to mind was when a BJJ practitioner and a bodybuilder tested each other in a specific strength competition:

Ronnie Walker is a former champion bodybuilder who also happens to be a competition blue belt in BJJ.
He decided to try rolling with black belt BJJ world champion Mahamed Aly who is also a physical specimen.

“In this video I show my training with my friend @walkerbjj who is a blue belt in jiu-jitsu but is also a former professional bodybuilder and my nutritionist. This training happened this week, when he came here to visit me.”