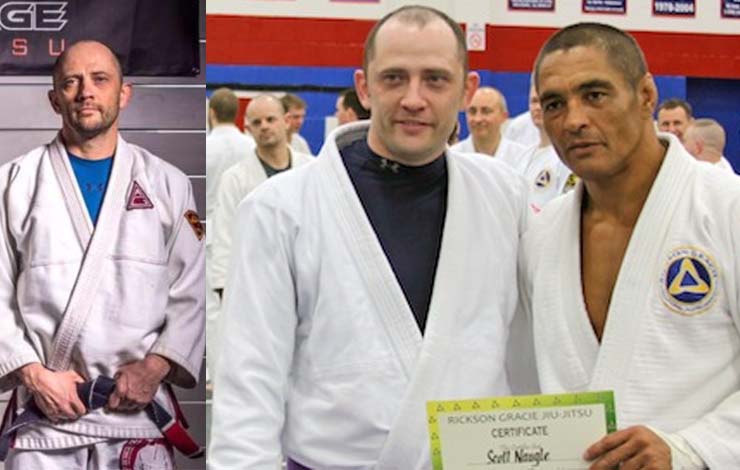 Scott Naugle of Leverage Jiu Jitsu was convicted of sexual battery on a child of less than years of age as we previously reported as part of a bigger story on sexual deviants who were a part of the Jiu Jitsu G Federation. 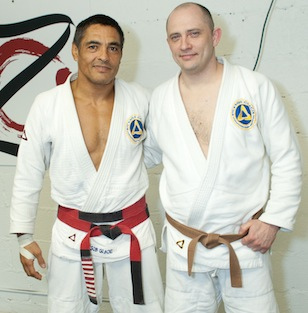 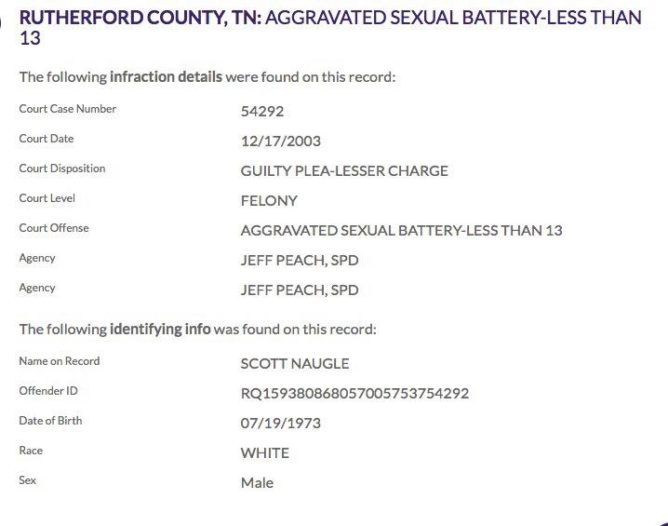 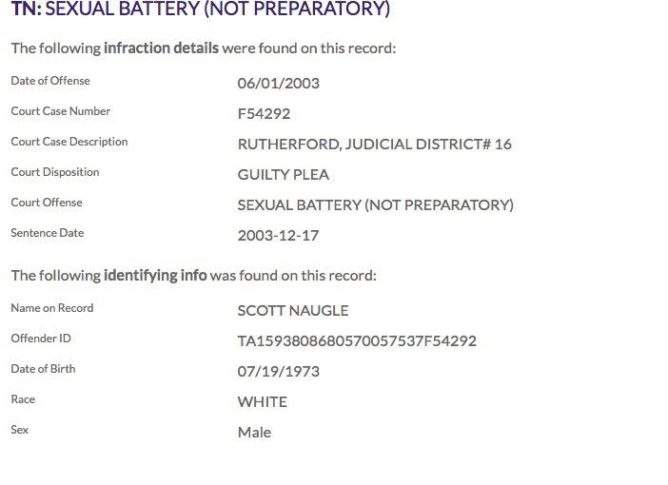 However being outed as convicted was just the start of troubles for one Scott Naugle who didn’t register as a sex offender.

The exact thing he was to register for was for being a tier 3 sex offender  – which means (in Maryland):

The law regarding the sex offenders list is retroactive. That means that anyone who was convicted of these crimes before the date the law went into effect in the state of Maryland must register. There are no exceptions.

The law requires that registrants report at various intervals during their tenure on the sex offense list… Tier III registrants must report every three months to assure their profiles are up-to-date.

Naugle was reportedly teaching at Leverage jiu jitsu in Maryland where he was a head instructor:

Naugle’s academy offers classes to kids aged 4 to 8, womens self defense, classes for teenagers and a separate class for adults. 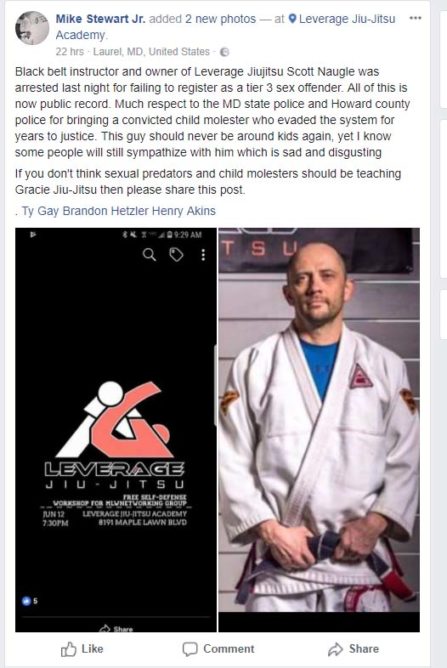