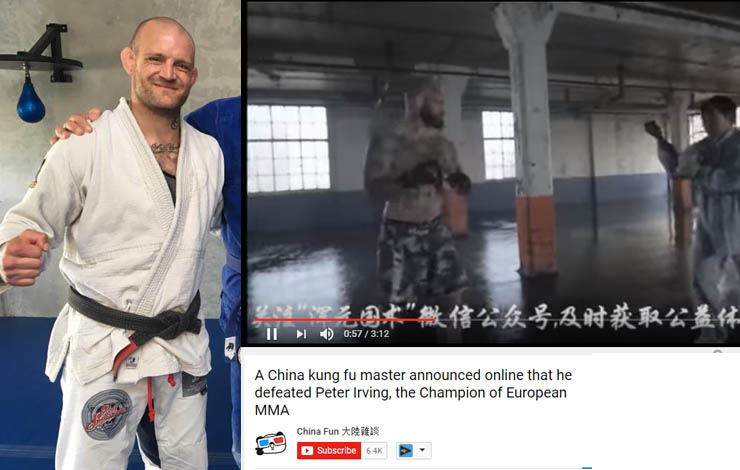 Itaipava recently clarified how the video titled “A China kung fu master announced online that he defeated Peter Irving, the Champion of European MMA” came to be. According to black belt Itaipava he was hired as an uke in a vanity project. Little did he know that the Kung fu master would be using his work as an uke to self promote!

Well this is a bit embarrassing, and I’m not quite sure how to respond. I did an acting job a year or two ago as the uke in a vanity project for this old Kung Fu guy Ma Bauguo, which I understood to be just a tribute to him that wasn’t for general release anyway. Recently, probably because of the tension about the MMA fighter challenging traditional martial arts in China, he decided to edit the footage and claim he’d beaten me in a real fight. When I heard I just thought it was a bit ridiculous and I felt sorry for him, and thought he was just rather sad. There’s a lot more important things happening in the world to get upset about than grown men in pyjamas having straighteners.
It turns out though that even BJJ scout had disseminated the edited footage and now I’m embarrassed for me as well as him. He’s an old man, so I can’t really come off looking better by offering to fight him. I suggested instead to Chinese journalists that contacted me that I could take a team of Jiu-Jitsu/MMA fighters to fight his school, and I’ll just put him to sleep without hitting him or hurting him. Anyone got the contact for the billionaire who offered all that money for defending kung fu against MMA?

Thanks for the tip kkbkbl the great! If you have a tip feel free to message us over at the BJJEE facebook page!

BJJ Scout was on the case a little while back: 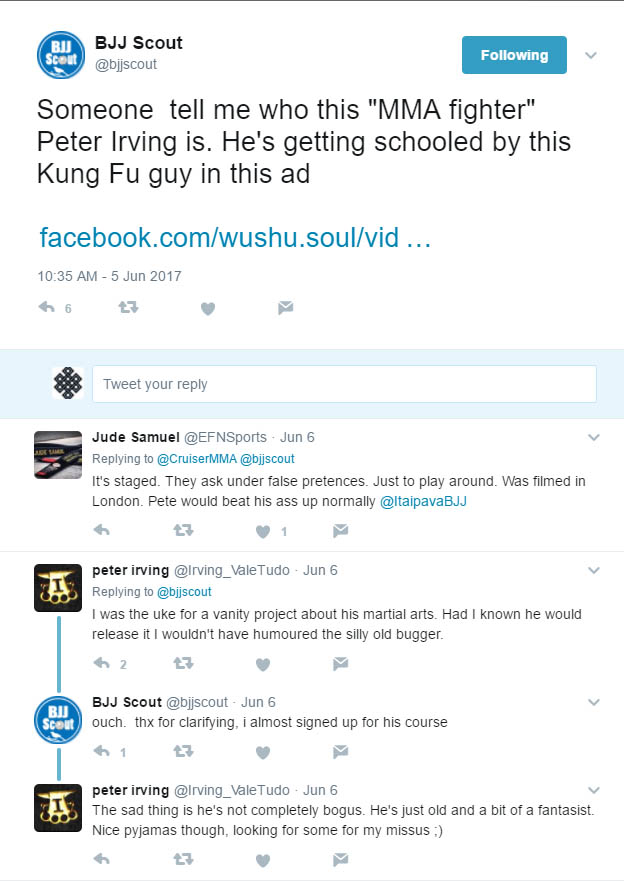