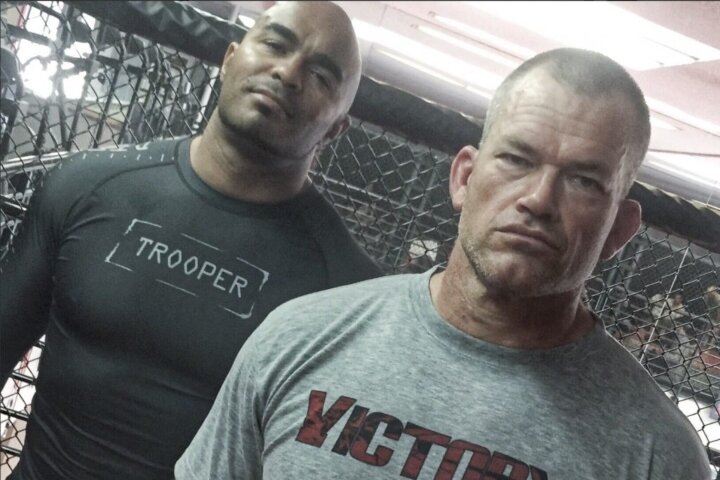 So you want to introduce strength training into your BJJ routine? Fair enough – and good choice on your behalf, as becoming stronger will both turn you into a better Jiujiteiro and make you more injury-proof.
However, stepping foot into the gym can be confusing. And if you’re a BJJ student who doesn’t know much about lifting weights, whose primary focus is Jiu-Jitsu, and who doesn’t have all that much free time for training anyway… Things get really complicated, really fast.

Echo Charles is the co-host of the ultra popular Jocko podcast together with the larger than life Jocko Willink. Charles is a BJJ black belt under Jocko Willink and Dean Lister. He also studied sports science at college.

Charles is a huge guy who also played Division 1 football in college.

One follower on the Jock Podcast asked Echo Charles to share his strength training program to help his Jiu-Jitsu.

He talked about what he does for and not for Jiu-Jitsu:

In another video, Jocko and and Echo Charles detail their Strength and Jiu-Jitsu training regimen in detail: