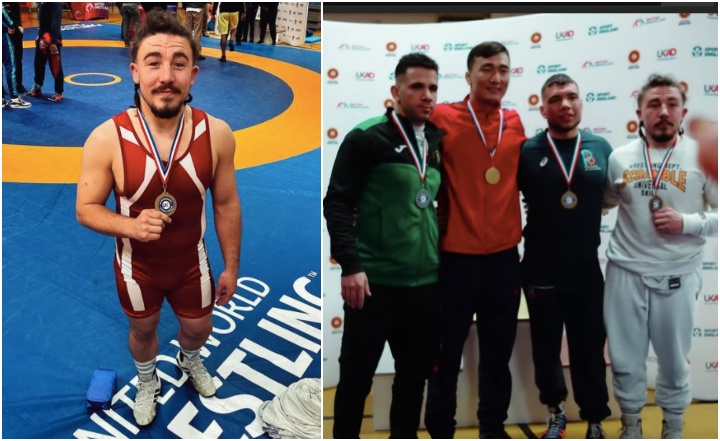 Bradley has been very successful in the world BJJ competition scene medalling in UAEJJF, UBJJF , Polaris and many other events.

Bradley was able to showcase some very high level wrestling moves such as a spin transition to the single-leg.

“Freestyle Wrestling British Championship 🥉- 3rd place at my first competition had a rough start to the day losing to the finalist but I was pulled back into the repechage & able to score some tech falls on my way to the bronze medal. Big thank you to @kamby_fearless & @amklair for all of their guidance – thank you to @coach_esmaeli for hosting the camp last weekend & sharing your knowledge • got a big 4 point single leg & even a gut wrench!!”

His performance was reminiscent of: