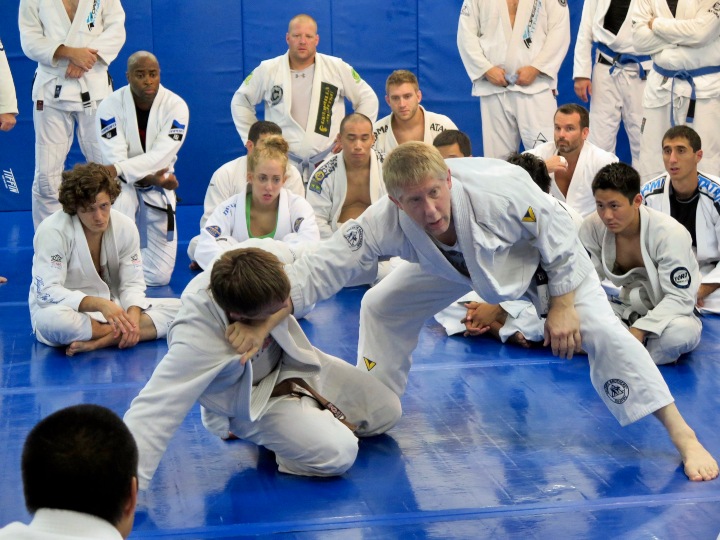 How do you stay safe and eventually take control when faced with multiple attackers? Very few martial arts will prepare for such a horrible experience. If you stick to what you know in a normal man to man combat situation, you will quickly be overtaken and may lose your life.

Brazilian Jiu-Jitsu has been proven to be an effective self dense system, however many of its detractors bring up the case of multiple attackers.

This shows a lack of knowledge about realistic self-defense, martial arts in general, and about Jiu-Jitsu specifically.

In reality, there is no perfect martial art against multiple attackers…

Here, Royce Gracie black belt Roy Marsh explains why he despises this fallacy. For him, Jiu-Jitsu is actually the BEST martial art to know if you have to defend yourself against multiple opponents.

Roy learned Jiu-Jitsu as it was originally intended – namely, as a Self-Defense and Fighting Art rather than just a Tournament Sport.

Roy Marsh is one of the very few Tested Black Belts in the world under Legendary UFC Hall-of-Famer, Royce Gracie: the man responsible for introducing the world to Gracie Jiu-Jitsu and Mixed Martial Arts.

Roy has been training since 2000 and was awarded his Black Belt after passing a very difficult test in front of Royce Gracie, Pedro Valente Sr. (one of only 14 Red Belts ever awarded outside the Gracie Family), the Valente Brothers, and a large panel of their Black Belts.

Here he demonstrates how this is actually possible.