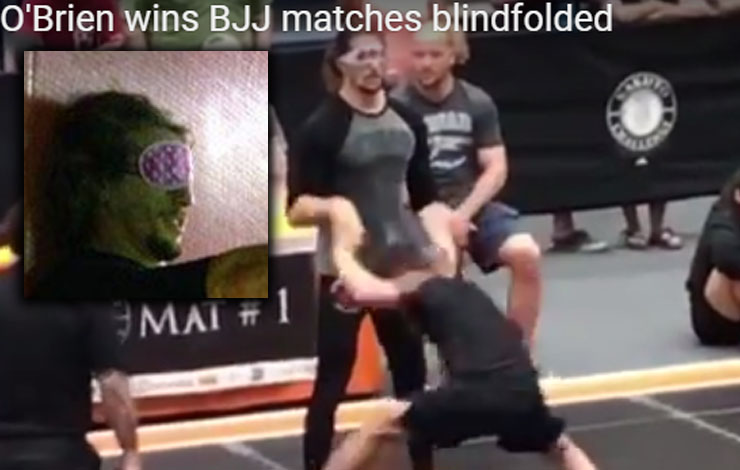 Daniel O’Brien is a bjj competitor known to a wider audience as a competitor at EBI. He’s also a black belt under Johnny Lee Smith and competes for Triad MA! Of course he’s got quite a physique – he’s competed at EBI 9 as a light heavyweight weighing in under 205 lbs (93kg) .

What happens when rolling blindfolded. It makes you feel your opponent better. By having to rely only on your senses, you will actually have to feel out your opponent’s body and how he is positioned in order to know where and how to move.

And as to how well he did:

“Y’all… my man Daniel O’Brien is out there competing blindfolded. He won the first round against a Black Belt and this is round 2 against a Brown Belt. He won this with an armlock. Insane.

He ended up submitting 3 opponents and lost in the 4th round.”

O’Brien has been also experimenting with a blindfold at the home gym.