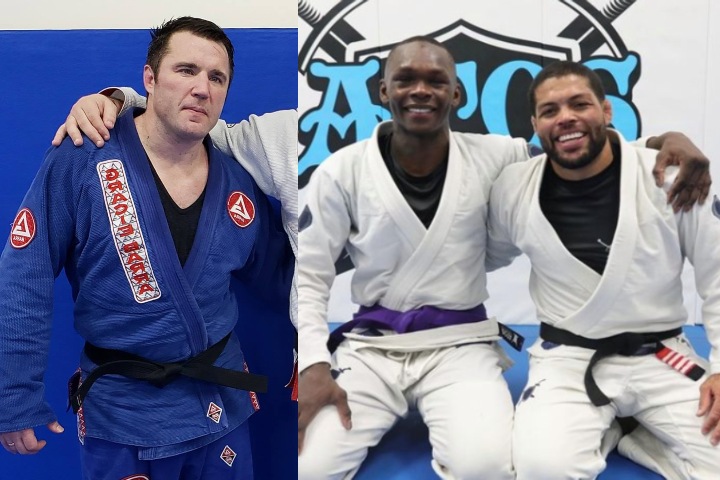 Chael Sonnen talks Israel Adesanya getting purple belt from Andre Galvao on this episode of Beyond the Fight.

One of the most striking moments in this video is when Chael Sonnen talks about Adesanya’s coach, Andre Galvao, who he believes was just self-serving himself when promoting Adesanya. Sonnen then says that Galvao doesn’t have any students that have won ADCC… He must not know of Galvao’s student Kaynan Duarte who won ADCC 2019 or maybe Rafael Mendes who has won numerous ADCCs for Atos… Galva0 is himself a 6x ADCC champion, more than anybody else in history.

Chael Sonnen is himself a black belt in BJJ although he has never completed in a Gi BJJ match. He is of course a former UFC middleweight contender.

“How a guy has a 12 pound gold belt but has a purple belt is bizarre and whatever coach gave this to him was more trying to speak to his own high standard of learning.
To promote an athlete, whatever coach gave Adesanya his purple belt is not trying to serve and praise Adesanya, they’re trying to self-serve themselves.
Meanwhile, said coach (galvao) doesn’t have any abu dhabi champions doesn’t have anybody signed to submission underground right…”