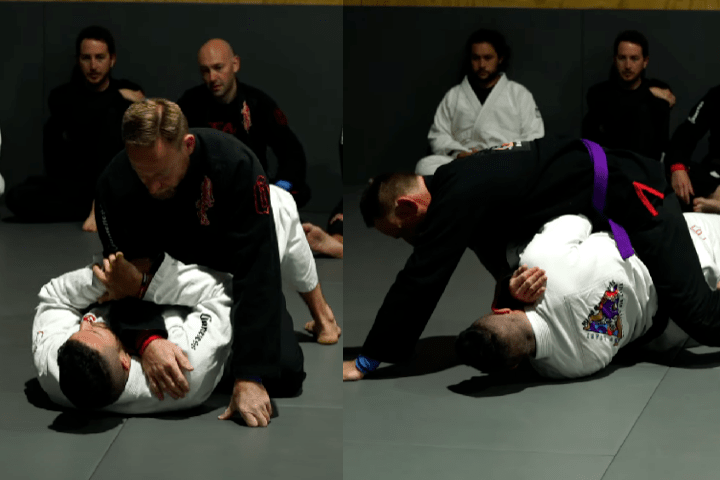 So you’ve just begun training BJJ, haven’t you? Do you like it? Ah yes, we knew the answer already; you found your new favorite hobby and physical activity! It feels just about spectacular, and you want to learn as many techniques as possible. But hear us out here: before you try out the fancy stuff, you should get the basics down through and through. This isn’t just because the basics will grant you solid groundwork to build your game on in the later months and years; but also because you will, indeed, use even the most basic of techniques throughout your BJJ career.
One of those basics is the Elbow Escape from Mount. Let’s see how to do it as shown by coach Tom, out of The Grappling Academy, as well as how to go for a Butterfly Sweep immediately after.

Before observing the technique, let’s take into consideration a very important point that coach Tom raises as well. Namely, escaping Mount is not easy business. Sure, it may look reasonably simple when you look at trained athletes doing it – but even when the technique and its execution are simple, getting them to work isn’t easy.
This is to be expected. After all, the Mount is such a powerful position for a reason; it not only gives you a lot of submission options to choose from, but it’s one of the greatest control spots you could strive for in BJJ. So, once your opponent Mounts you, they’ll be keen on both keeping you there and on submitting you. These are the things you have to keep in mind.

That is to say, don’t expect a lack of struggle when escaping Mount. There will be lots of it! Therefore, you shouldn’t worry too much if your first, or second or third, attempts of escape don’t succeed. It’s almost as if it’s supposed to be that way; so keep trying, keep giving your absolute best, and you will succeed.
That’s a promise!

THE ELBOW ESCAPE TO BUTTERFLY SWEEP

With that reasoning in mind, coach Tom advises his students to give a shot to the basic Mount escape first; the one where you trap the opponent’s arm, block his leg, and then roll them over sideways. Commit to it! Not just because true commitment is the key to making a technique work; but also because even if the opponent does post with his hand so as to prevent the escape, you’ll have it easier setting up the Elbow Escape.
In other words: don’t „pretend“ that you’re going for one escape and then go for another. Go for both with the same intensity! You will be much more successful and your opponents will have a harder time reading you.

So, to execute the Elbow Escape (either after your opponent posts or when attempting it immediately), coach Tom shows that you need to turn to the side a bit – even bridging to create space, if necessary – and then block the opponent’s hip with your hand. Simultaneously, use your elbow to frame on their knee; pushing against it at the same time as you hip escape.
This will create space, which you can use to set your Butterfly hooks in and sit up.

Once you sit up to your Butterfly Guard, hug the opponent with one hand and use the other one to block their arm. Then, fall to the side you’re blocking the opponent’s arm on; elevating their far leg with your hook – escaping Mount and ending up in it yourself!

Watch coach Tom demonstrate this technique on the video below: