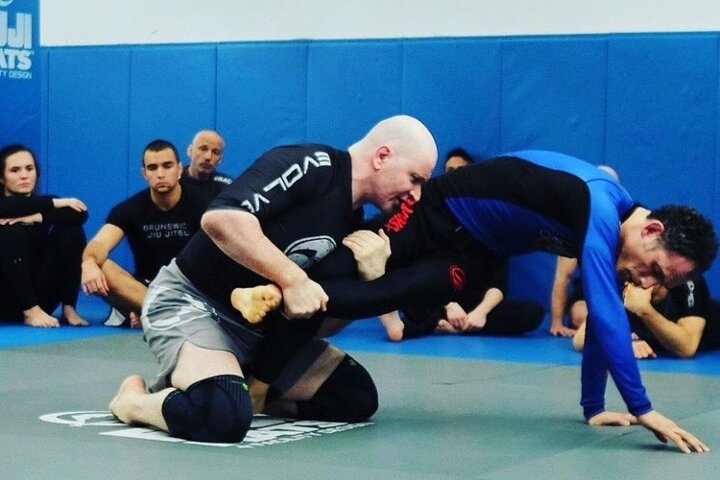 If you’ve been training Brazilian Jiu-Jitsu at any length of time and are finally starting to understand it a bit, then you’ve probably heard your coach say something along the lines of: „Don’t stop, get on top!“
What this means is that you shouldn’t be content with just knocking someone down. You need to establish top position, too.

A common tendency among developing athletes when working from guard positions is to initiate a nice sweep that topples the opponent… But then to let the opponent recover; by neglecting to come up quickly into top position and secure the completion.

Remember, you don’t score by knocking the opponent down; you score by going from bottom position to top position.
That means you must develop the habit of getting up after the initial knockdown and grappling for top position.

You must not give in to temptation of being happy with what you’ve done. Not until you’ve established top position:

Don’t sit there congratulating yourself just because you knocked the other fellow to his butt… That’s not enough to score.
Go through to completion by rapidly getting up and over your opponent, so that there is a clear reversal of top and bottom position. Only then do you actually score.

Make a mental habit of pulling yourself up and forward after every knockdown and you’ll soon be scoring far more often than previously.