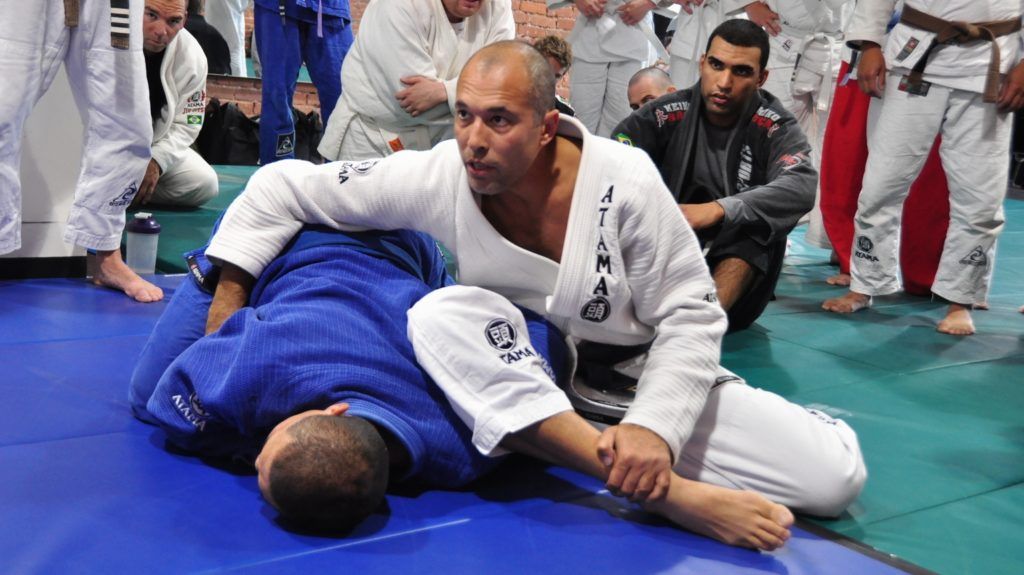 The omoplata, which means scapula in Portuguese, is a highly effective Brazilian Jiu-Jitsu (BJJ submission). Also called the ashi sankaku garami (leg triangle entanglement) in judo and the coil lock in catch wrestling, the omoplata is a technique in which the attacking student’s legs and hips are used to extend an opponent’s shoulder joint past its normal range of motion. The lock applied to the shoulder is similar to the Kimura lock, but the legs are used in place of the figure-four grip. The omoplata, thought to have originated in either judo or catch wrestling, became popular in BJJ in the 1990s due to its successful use by Nino Schembri.

How to Perform the Omoplata

Sometimes, an opponent will hide his arm to prevent you from finishing the triangle choke. This presents an opportunity to transition to the omoplata.

The omolata is only one of many submissions you’ll learn in BJJ. Practiced by students all over the world, BJJ is widely recognized as the most effective ground fighting art in existence. Not only does BJJ teach students how to apply submission holds and chokes, but it also emphasizes takedowns, real world self-defense techniques, and many other aspects of fighting.

If you like omoplata, lucky for you, 5x Black Belt World Champion, Bernardo Faria just released a DVD called “Omoplata Everyone.” This is a 4 DVD set all about the omoplata. Bernardo has one of the best omoplata’s in the world and he does not do any crazy or fancy set ups. He is not athletic, not flexible, not a freak athlete, he is just an ordinary guy with amazing technique. Check out his DVD and it can change you game. You will start to see omoplata’s from literally every position, and they won’t be omoplata’s that are hard to set up, they will be simple and effective entries! Check out his DVD below. 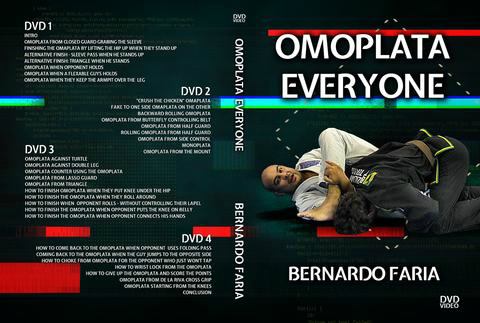