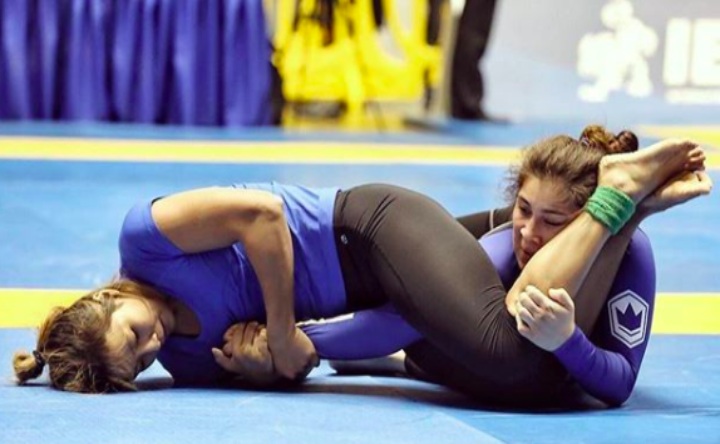 The armbar is one of Brazilian Jiu-Jitsu’s fundamental submissions. And while there are multiple variations of this submission and multiple ways to achieve it, armbars from the mount and closed guard positions are probably the most common.

One of the things that makes the armbar such a powerful submission is the anatomical mismatch that it creates. Like all good submissions, the armbar pits a strong part of one’s body against a comparatively weak part of the opponent’s body. In the case of the armbar, the attacking student’s entire body is matched up against his opponent’s arm. Not a fair fight, and that’s exactly the point! Below are a series of concepts that are applicable to most armbar variations.

1) Isolate and control your opponent’s arm

Since the armbar attacks the arm, it must first be isolated and controlled. This can be accomplished in a variety of ways, and there are a number of setups, grips, and techniques that one may use to successfully isolate an opponent’s arm. When executing the armbar from closed guard, for example, this is usually achieved by controlling the opponent’s wrist and triceps. And depending on whether or not a gi is involved, this control may be asserted via gripping the fabric of the sleeve or by cupping the opponent’s triceps and grabbing his or her wrist.

In addition, armbar setups usually incorporate the use of one’s legs for added control. Using the armbar from closed guard again as an example, the attacking student, in addition to using grips to control the arm, squeezes his outside leg against the opponent’s arm to prevent him from pulling it away. This provides the attacking student with three methods of control: two arms and a leg. Once achieved, this three-on-one attack makes it extremely difficult for the opponent to remove his arm. Remember, BJJ is a control-based martial art. Always establish control before attempting a submission.

2) Position your body for the attack

Once control of the arm is achieved, the attacking student’s body must be positioned in a way that allows for maximum force to be exerted on the opponent’s elbow joint. The position attained will differ depending on the specific armbar being attempted, but for every submission in BJJ, there is an ideal angle that must be achieved for its effective execution. Often, a slight body adjustment can mean the difference between finishing a submission and losing the position entirely.

Again using the armbar from closed guard as an example, after isolating and controlling the arm, the attacking student’s body must be positioned perpendicular to the body of his opponent. This is achieved through a combination of hip movement and using the opponent’s body to create momentum. Once initiated, this movement extends the opponent’s trapped arm away from his body, making it weaker and providing the attacking student with greater access to the elbow joint.

3) Position the arm for the attack

Regardless of the type of armbar being attempted, the arm must be correctly positioned for the attack. In most cases, this means centering the elbow joint over the hips and pointing the opponent’s thumb upward. A good rule of thumb to remember when positioning the arm for any type of armbar attack is to point the opponent’s thumb in the direction that the hips will be driven.

Using the armbar from mount as an example, once the arm has been fully extended and the elbow joint is correctly positioned, the submission is finished via an upward thrust of the hips, also known as a bridge. Therefore, the opponent’s thumb should be pointed toward the ceiling, i.e., the direction of the bridge. The requirement that the thumb be pointed in the direction of the attack explains the rationale behind the hitchhiker escape. The hitchhiker escape, which is a powerful and effective method of escaping the armbar, requires that the student whose arm is being attacked point his thumb in the opposite direction of his opponent’s bridge. This simple turn of the thumb hides the student’s elbow joint from his opponent, making the armbar difficult to complete.

After achieving a superior angle and positioning the opponent’s arm for attack, it is imperative that control is maintained. If control is lost at any point during execution of the technique, the submission opportunity will be lost. With many armbar variations, control of the arm is maintained by pinching the knees together. This prevents the opponent from pulling his arm towards his body. However, with most armbar techniques, both the arm and body must be controlled. The specific method of body control used will vary depending on the armbar variation being executed. For example, when an armbar from mount is attempted, control is maintained with the legs, which are placed over and against the opponent’s body to prevent him from sitting up or rolling out of the submission attempt. In addition to the use of one’s legs, many students secure a grip on the opponent’s nearest leg in order to further limit mobility. Remember, control is everything in BJJ.

Most armbars are completed by bridging the hips and pulling down on the opponent’s wrist. These opposing motions exert a tremendous amount of pressure at the elbow joint, forcing the opponent to tap out. However, it’s important to remember each of the above concepts during the submission attempt, as it’s at this point in the execution of the technique that opponents are typically the most desperate to escape. This desperation often results in explosive bridging and movement by the opponent, making it absolutely vital that control of the body and arm are maintained throughout the execution of the submission.

How many of these concepts do you currently incorporate into your training? Whether you’re a veteran grappler or a brand new white belt, keep these tips in mind during your next training session, and your armbar game will skyrocket!