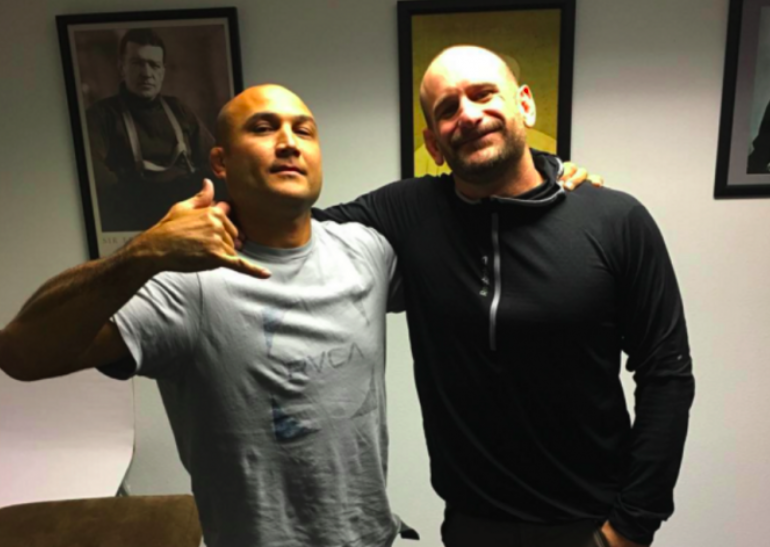 With a record of 16-10-2 and with 3 defeats in a row, UFC hall of famer, ‘the prodigy’ BJ Penn, is coming back from retirement to make another run at the UFC feather weight belt currently held by Conor McGregor.

He has relocated to Albuquerque, New Mexico at Greg Jackson’s gym.

Penn stated on The MMA Hour:

“The motivation…I want to go get that 145 pound belt. That’s definitely a huge motivation for me.

“I believe with Greg Jackson’s help I can get that done, and that I can walk away, the only man with three titles in three weight divisions.”

“I made sure to tell Greg, I let him know the other day that if I can’t do this, Greg, in any way, shape, or form, you feel that B.J. doesn’t belong in the ring, please let me know. Please let me know. And he’s very confident that we can get something done. With somebody like that, who has so many champions himself and who has does as well as he has in this sport, when he tells me that: ‘I know you can go out and I know you can beat all these guys,’ it gives me a lot of confidence.”

Penn  stated that he wants to fight at UFC 197:

“I’m coming back for honor. I’m coming back to do this, give everything I got, and when I look back, everybody is going to say: ‘you know what? B.J. f**king did it. B.J. f**king stepped up. He didn’t talk the talk and not walk the walk. He stepped up, and he gave it his best effort. A lot of people might say, ‘you should’ve done this 10 years ago.’ Hey, you know, there is a time and a place for everything. There’s a time and a place. I’ve only been fighting one fight a year for the last three years, and I think I saved a lot of myself there. I think I saved myself. How old are UFC champions? (Fabricio) Werdum is my age. I think this is going to be good, Ariel. I think this is going to be good.”