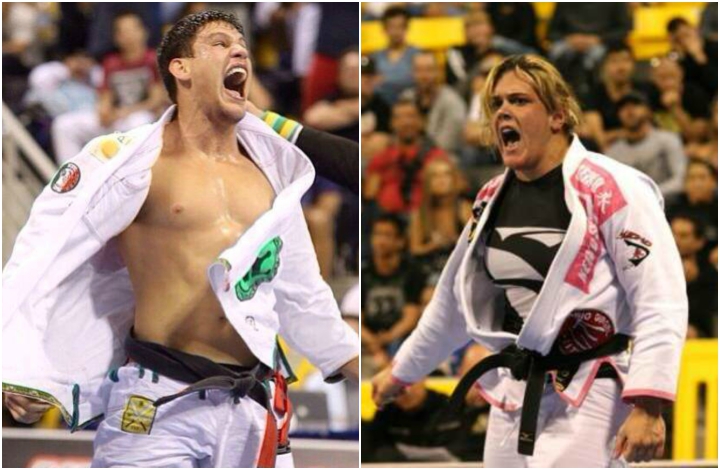 Much like most of the world, my first serious exposure to world of professional athletes doping was the Lance Armstrong scandal. This particular story received much of the media attention due to hypocrisy and general awfulness of his character as evidenced by him legally pursuing people who had evidence of his substance abuse.

Admittedly his whole interview was a rushed attempt at preserving some part of his public image and preempting the story coming out on its own. Sometime later I got the chance to review Alex Gibney’s Lance Armstrong documentary and it really got me thinking: Are any of the great professional athletes completely clean? If so, how does this relate to martial arts where the stakes are admittedly much higher than in the world of pro cycling?

Just this past summer The IBJJF announced it altered the standings of the divisions that had athletes disqualified due to anti-doping violations and the World Championship. Apparently, since 2013 when the United States Anti-Doping Agency (USADA) started performing tests on the world champions – this has happened thrice!

Way back in 2013, Gabi Garcia was found not at fault for the presence of Clomiphene and lost a gold medal in the black belt open class and a silver one in the heavyweight division. Clomiphene is a drug on the USADA banned list in sports because it helps block estrogen’s effects and restore testosterone levels to normal similar to testosterone replacement therapy (TRT) in men. Oh and btw Clomiphene is supposed to be used as a fertility drug and allegedly has little relevance to athletic performance. So where Are Gabi’s kids? You might also find it interesting that there have been reports of transient psychosis in women medicated with clomiphene; apparently psychotic symptoms can result from treatments that reduce estrogen levels. This is also relevant for men because they often take Clomiphene Citrate to negate the effects of increased estrogen – a result of anabolic steroid abuse. There are also stories of Clomiphene being used as a masking agent even though USADA appeared to be satisfied with Garcia’s explanation as evidenced by the lack of suspension.

Further, 2014 proved to be a challenging year for both Braulio Estima and Felipe Pena. Estima was found with the presence of Methylhexaneamine, suspended and stripped of a gold medal in the medium-heavy division. So what is Methylhexaneamine? Short answer: it’s chemically related to amphetamines, but only slightly more powerful than a cup of coffee according to University of Texas kinesiology professor Greg Wells. Well this sounds harmless enough but it translates to: vasoconstrictor, increasing heart rate and blood pressure and sending more blood to the areas of the body that need it. The only trouble with it is that it’s become a popular dietary supplement and is found in strength-conditioning and powder drinks so you might be actually taking it without your knowledge. Liam Casey’s article “So, what is methylhexaneamine?” for the Toronto Sun also mentions that in many cases the supplements sold contain banned substances that aren’t on the label. You can check out the list of known supplements, past and present, containing this substance if you click here. Also if you have a supplement that has “geranium” listed as an ingredient on the label. This is a name used for a synthetic methylhexaneamine.

A fun side note from the USADA website: “Athletes are also advised to exercise good judgment and avoid products with suspicious and exaggerated claims or names, which include marketing performance terms such as “stacked,” “muscle,” “mass,” “tren,” “bol,” “anabolic” or “legal steroid,” “power,” “blast,” “energy,” “stimulant” and similar terms.” So basically avoid everything?

Felipe Pena, on the other hand, got a year’s suspension for elevated testosterone results. Today, synthetic testosterone via TRT is widely considered a performance enhancing drug. In 1996, the New England Journal of Medicine suggested increased testosterone levels will give a man increased muscle size and mass especially when training (Bhasin et al., NEJM 1996). More recent studies insist enhanced testosterone levels cannot turn a weakling into a strong man but might be able to make an already strong individual much stronger. Increased levels might enhance strength and overall performance but there’s still no certainty. The question remains: If it’s highly unlikely TRT will turn an average fighter into a world champion – can it give an elite fighter that little extra boost he needs to separate himself from the pack? Who is among the people cleared for testosterone replacement therapy? UFC’s Frank Mir and Boxing’s Lamont Peterson to name a few.

After the positive drug test, it was discovered that Lamont Peterson was treated by Dr. John A. Thompson in October of 2011 for chronic fatigue caused by abnormally low levels of testosterone. According to a letter written by Dr. Thompson, Peterson was treated for health concerns and therapy was not an attempt to boost athletic performance. There’s also this: If you’re getting so punched so much you’re no longer properly producing testosterone, isn’t it time to retire?

Still, I wonder about these cases, especially considering the enormous role of dr. Michele Ferrari in many cycling doping scandals including Armstrong’s.

Frank Mir had a therapeutic use exemption (TUE) for TRT before the Nevada athletic commission banned that practice. Subsequently he was warned for using Adderall and immediately stopped. Adderall is a stimulant primarily used for the treatment of attention deficit hyperactivity disorder (ADHD).

Before the clock strikes 4:20 and we dive into the world of UFC, let’s talk about one of its vice presidents: Jeff Novitzky. This past April, after the partnership between USADA and the UFC Novitzky was made vice president of Athlete Health and Performance. Chances are you’re familiar with his last name but not because of the NBA player. It’s because he played a crucial role in the downfalls of many athletes (Marion Jones, Tim Montgomery, Victor Conte, Barry Bonds…). The strangest part of his bio is that prior to April 2008 he was a special agent for the Internal Revenue Service (IRS). While the IRS had no tradition of investigating steroids the function of criminal IRS investigators is to bring tax fraud perpetrators to justice. Novitzky’s rise to fame has lasted over a decade. You can read more about it here. Jeff Novitzky even guested on Joe Rogan’s podcast this past summer. Novitzky takes his time to stress how the presence of steroid use in professional athletes adversely influences children but I have to say I found this a little too convenient. Steroid trade in schools seems a bit too farfetched while doing damage to your opponent you wouldn’t otherwise be able to do seems like an obvious moral issue.

Recently Lance Armstron guested on Joe Rogan’s podcast and told this story: Around the time red cell-boosting drug EPO surfaced there was a wave of cyclists whose hearts stopped suddenly. Doctors set off alarms, turns out unsupervised use could thicken the blood to the point that it could no longer circulate.

The USADA UFC partnership has sprouted an interesting database. Apparently we can now view the number of tests an UFC athlete has been submitted too. Now this database comes in color. For some reason athletes tested only once are written in Blue while everyone else is in red (or at least this is my running theory). Currently leading with the number of test taken are Dan Henderson, Antonio Silva with (7) followed by the recently defeated Jose Aldo (6) and the new champion McGregor (6).

Doping cases in MMA even have their own Wikipedia page:

https://en.wikipedia.org/wiki/Category:Doping_cases_in_mixed_martial_arts . This listing includes roughly 70 fighters. Going case by case would be overkill so let’s just focus on some recent ones.

Nick Diaz
Personally, I was unclear about the benefits of marijuana use when it comes to athletic performance so I turned to science. Research tells me that ergogenic effects of marijuana are questionable, as its performance enhancing effect, if any, has yet to be established. Along these lines, very few studies have tested the effects of marijuana on performance. One of the first ones was done by Steadward and Singh who tested the effects compared to the placebo group. Resting heart rate and both blood pressures were significantly elevated at rest after consumption compared to both control and placebo groups. There was no significant decrease in grip strength, physical work capacity at a heart rate of 170 decrased by 25%. Another research done by Avakian et al. demonstrated no effect on blood pressure, ventilation or oxygen uptake but did find increased heart rate and the rate-pressure product at rest and during both exercise and recovery. That being said, cannabis has a place on the banned substance list beginning in 1989 (in regards to Olympics) and since 2004 it has a place on the World Anti-Doping Agency list. Further, many of the researchers note that it appears that cannabis does not have great potential in sports activities and thus, its inclusion on the banned list is likely a function of its illicitness (Pesta et al., 2013). Considering all this research it’s hard to fathom why the Nevada State Athletic Commission suspended Diaz for 5 years after UFC 183.

Anderson Silva
Speaking of UFC 183, before that same fight Anderson Silva tested positive for frostanolone, androstane, oxazepam and temazepem. Additionally to taking two anabolic steroids Silva also subsequently tested positive for an additional unknown illegal substance in a separate test. Later an official confirmed he tested positive for Drostanolone. In a creative attempt to argue defense they claimed he consumed tainted sexual enhancement drug during a trip to Thailand. The commission rejected his defense and sentenced him to a one year suspension. Note the disparity between these two cases.

Crime and punishment
While the truth can be smudged the consequences are hardly arbitrary at least in these two cases. While the overuse of THC resulted in a couple of iffy Jay and Silent Bob movies the overuse of steroids resulted in several big tragedies. All my research has led me to believe steroids are a part of the money game, ethical concerns and genuine sportsmanship remain empty words for both the governing body and athletes saddled with insatiable egos.