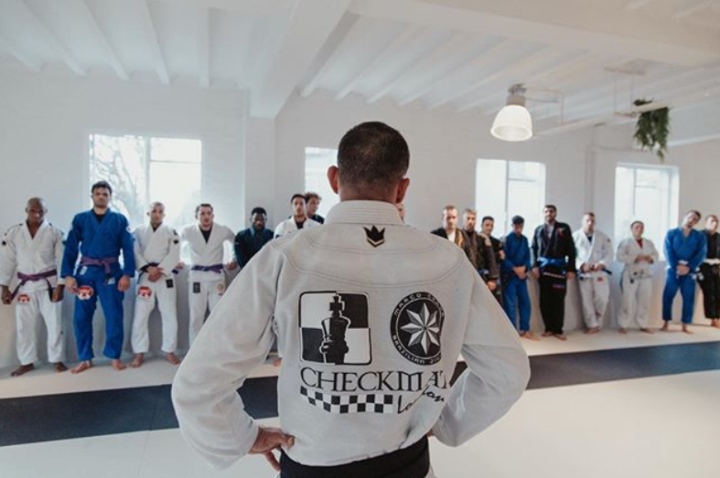 Every year BJJ and submission grappling are rising in popularity in Europe and we see more and more teams with professional athletes emerging and making a major impact on the global Jiu-Jitsu scene. Many Brazilian black belts have chosen to move to the Old Continent and create champions in Poland, Ireland, UK, Norway and many other countries.

However, the success of European Jiu-Jitsu athletes can not be credited only to the presence of Brazilian black belts in their gyms, but also to their talent, effort and resilience to keep on chasing their goals, despite the fact that making a living through BJJ in Europe is almost impossible. In this article we are going to look at some of the most elite competition teams in Europe and comment on the athletes that contribute the most to their success and dedicated their lives to BJJ.

One of the most hardcore teams from Scandinavia is Stark. Some of the most notable names from the club are the “Killer Carrot” Max Linbland and Elina Moestam. Max is one of the top European grappling competitors, particularly with the gi. He has conquered important titles such as the IBJJF European Open as well as the UAEJJF World Pro and Abu Dhabi Grand Slam in London at colored belts. Elina is a current brown belt World, European and No-Gi World champion. Both of them are former Prana BJJ competitors. They have been taught how to strangle people by Alan Finfou do Nascimiento himself and Kenta Hammarstrom. Another notable name from this team is Erik Friberg. Stark is a relatively new team and it is still linked with Checkmat JJ and Alan Finfou.

Another force to be reckoned with from Scandinavia is Frontline Academy. Led by the European No-Gi and Gi champion Eduardo “Teta” Rios the team has made waves in the international circuit at all belt levels. Teta is a student of the great Ricardo Liborio and he has without a doubt one of the Brazilians who helped the most for the development of our favourite sport in Europe. Arguably the most notable name from this team is the young sensation Tarik Hopstock who is notorious for his signature shoulder lock “The Tarikoplata” and his brutal leglocks.He has 7 World Championship medals, 5 with the Gi, and 2 in No-Gi, while also holding 12  European Open medals, a possible record in the adult division. Frontline is also home of one of the top UFC middleweight fighters Jack Hermansson who has been racking up submission wins in the octagon in the last few years and is getting really close to a title shot.

Other honorable mentions from Frontline Academy:

We just cannot do this list without mentioning one of the most successful European BJJ teams – East Coast Jiu Jitsu. A team led by Daragh O`Connail who is a black belt under the Ribeiro brothers and an EBI veteran, European and American No Gi champion. He has produced many champions at the coloured belt divisions, but without a doubt his best fighter is Ffion Davies. Just in the last two years she has won gold medals at Worlds No Gi, European Open and Brazilian Nationals. This year she made history at the European Open when she won the Absolute division and became the lightest female to ever do it. Ffion is also a silver medalist from the last ADCC Worlds.

A black belt in Jiu Jitsu typically takes 8-10 years of consistent practice to achieve. Years of evolution, progress, ups and downs, countless injuries and invaluable lessons learnt. Our goal is to develop a deep curiosity and love for the art of Jiu Jitsu that keeps you training for years to come. As they say, time flies when you’re having fun! . . #ecjja #jiujitsu #irishjiujitsu #mma #grappling #gi #nogi #beginners #dunlaoghaire #monkstown #blackrock #dublin #ireland

ECJJA after winning the team trophy at Irish Open 2018

A Checkmat affiliate that has a very bright future ahead. The gym opened doors in 2013 and has dominated the London scene since then, winning 8 out of 10 IBJJF London Opens (with the help of other local Checkmat hubs) over the past 5 years. The Club has produced two IBJJF World champs so far – Junior Fernandes and Rodrigo Mariani. Another podium placed from IBJJF Worlds is Samantha Cook. Several Pan Kids champions are also making this squad a one not to mess with – Anabel Beard, Nia Blackman and Isa Rahman.

A relatively new affiliation you should look out for:

ZR Team is in the Top 10 of the last two editions of IBJJF Europeans and has shown that it is a team with a lot of potential. Some of the best standouts from Ze Radiola`s and Max Carvalho`s team are Yaroslav Blazhko (gold medalist from Europeans, silver medalist from Pans and bronze medalist from Worlds), Adrian Ember (2x bronze medalist from 2020 Europeans) and Eleftheria Christodoulou (European Open Absolute Champion at purple belt) . This affiliation from ex-Gracie Barra members has spread all over Europe and might be the cradle of the next big champion coming out of the Old Continent.