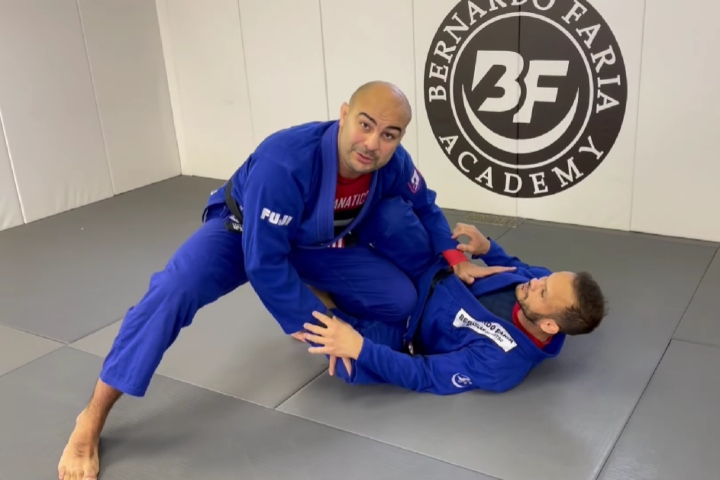 Guard passing can be notoriously difficult, especially if you’re going against someone who’s invested a LOT of their time into becoming a guard retention “master”. So, when you’re rolling against such opponents, it isn’t merely enough to know “how to pass guard”. That is, it isn’t enough to know a handful of techniques really well (nor excellently). Instead, you’ve got to arm yourself with concepts that will allow you to finally establish control over those evasive training partners.

In a recently published video, Bernardo Faria revealed the coolest concept he learned from Gui Mendes. It’s incredibly simple – but you will have to put in some effort in order to understand how to use it.

This concept is based on distance. Bernardo explains that Gui (and his brother Rafa) approach guard passing – as everything else – from an extremely calculated perspective. In other words, they approach guard passing from the perspective of fear, medium, and near distance.
So, when Gui goes against an opponent with whom he knows is good at near distance, he won’t try to engage him there; rather, he’ll start engage him at either far or medium distance (as he’d do against Bernardo).

Watch the video below to get a better understanding of this concept – and start implementing it as soon as possible!