Bernardo Faria: Jiu-jitsu Made a Huge Difference For Me! 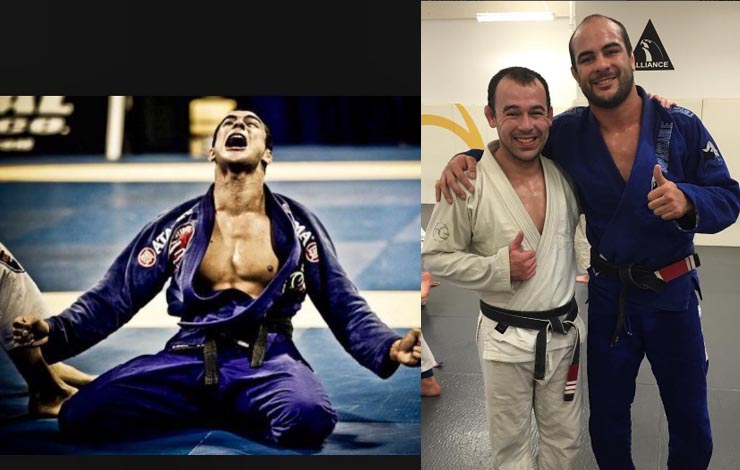 Bernardo Faria is one of the most respected jiu-jitsu competitors of today. Born in 1987 in the small town in State of Minas Gerais, Brazil he started training in 2001.

This was his first exposure to an influential bjj mentor, his first coach Ricardo Marques. Ricardo Marques is a Carlson Gracie black belt who was teaching under the Brazilian Top Team banner. Since then he’s been under the guidance of Alliance master Fabio Gurgel as well as one of the greatest bjj players of all time – Marcelo Garcia.

While he’s learned many lessons from them, he also believes it’s the gentle art itself that helped build his character into what it is today. As told to flograppling:

If there is one thing that jiu-jitsu helped me a lot with, it was how to build my character.

I started jiu-jitsu right in the middle of adolescence when I was 14 years old, a phase when you start to build your personality. While I’ll explain why I believe that jiu-jitsu made a huge difference for me, it’s also important to point out that even if you start jiu-jitsu at a later age, it can still help you build and improve your character.

And really there’s plenty of scientific evidence to corroborate this claim by the mutliple time world champion.

One potential issue is social anxiety. Any closed group makes individuals deal with these challenge as they try to integrate. BJJ has an enormous drop out rate, making acceptance of new people that much harder for the usual participants. It’s not really all that worth to invest yourself “at the drop of the hat”.

Bernardo Faria agrees and believes that knowing how to socialize but also respect people is of integral value.

And then of course there’s the ego. BJJ is known for being very hard on it – Leave your ego at the door.  While this might seem fairly self-explanatory, you’d be surprised with how many people have an issue with this. Nobody’s keeping score, so why are you? Give up positions, let others submit you – you will learn a tremendous amount about them and about yourself in the process. Losing is healthy for you, it would suit you well to learn how to persevere in spite of failing because real life is a decidedly less pleasant experience than Brazilian jiu-jitsu.

Faria calls it a great medicine for the ego – many times in life you’ll be forced to give up and just star all over again.

If we tapped and gave up every time in jiu-jitsu or life, we will one of those kind of guys who never finishes anything.

Do you agree? What’s the most important lesson BJJ has taught you?