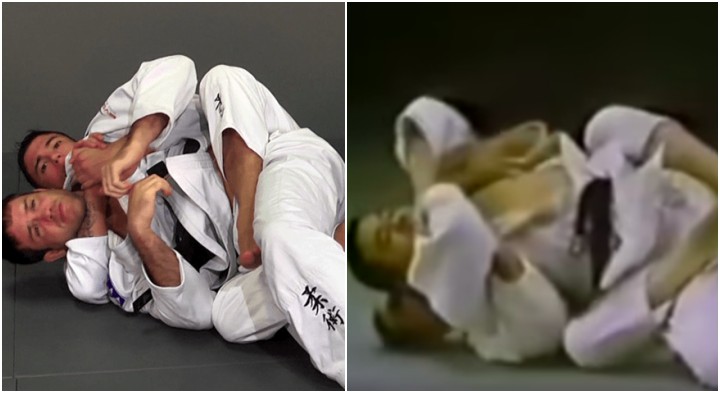 Many BJJ players wrongly believe that techniques such as Berimbolo, X guard, De La Riva guard or Spider guard are BJJ specific moves, but they have been used in Judo (especially Kosen Judo) for years even before Marcelo Garcia, Ricardo de La Riva etc.. brought it to the attention of the world (since the 90’s). Just like many techniques that seem to be have been recently invited, we can never be sure that other martial artists in the past weren’t doing the exact same move.

Here is an old video from the 1950’s of Mitsuro Kimura 8th Dan Mr “Sankaku” applying a Berimbolo back take from the top. Now many BJJ practitioners believe that the Berimbolo  was “created” by Brazilian Jiu Jitsu competitors having derived from the De La Riva Guard but this is obviously wrong. Kosen Judoka were also using De La Riva guard as you will also see in the 2nd video:

Here is a Kosen Judo tournament in 1952. You can see use of Spider Guard, De La Riva Guard, some Z Guard: