Benefits Of Crossfit For Jiu-Jitsu part 2: Results After 6 Weeks 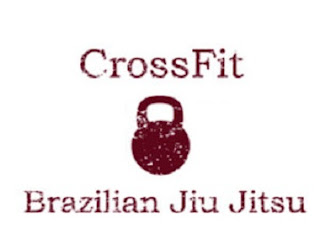 Why would I train Crossfit to improve my Jiu-Jitsu?
At the moment, I’m focusing a lot on future Jiu-Jitsu competitions which means that my technique has to be  on point. It also means that my cardio and stength has to be at better level that what it has been in the past years. Crossfit is very brutal and I’m looking exactly for that type of training to bring me to the next level.

What type of people train there?

I train at Crossfit Spartanac which is the leading Crossfit gym in Belgrade, Serbia where I live. There are people from all walks of life from Serbian special forces guys, police officers, athletes from other sports (like me), regular guys and girls that just want to lose weight, housewives, older people, US Marines, Crossfit competitors etc…Everybody gets along and there is a real camaradery that you will never find in a regular weights gym.

What Type of training do I do at Crossfit?

We do group classes of 10 to 30 people which are different every single time. There are a bunch of exercises that we do like box jumps, deadlifts, rope climbing, uphill running while carrying a sandbag, running 200m and 400m, kettlebell swings, push ups, pull ups, sit ups, flipping heavy tires, lifting and throwing medicine balls, battling ropes etc…There is no particular format. Some days we will do a 10 mins warm up which consists of running, and a few of these exercises, followed by a proper session consisting of 10 of these exercises done at 10 to 100 reps, and with running 200-400m in between them. One time we just had to do 300 burpees in one session. Some other times we had 7 stations where we did the same exercise for 4 minutes and had a 1 minute break in between. The great thing is that it is never boring as it changes every session which also means that your body doesn’t get better at doing the same routine.

How do you improve and measure your performance?
When I first started, I had a very hard time just finishing the day’s program. I would gass after the first few runs…In the past, I had never been a good runner and was one of the slowest guys there during the first 2 weeks. Slowly but surely I felt myself getting better and in better shape after every session. The thing I like about Crossfit is that it’s competitive and that makes exercise more fun (For me at least who is a very competitive person). After 6 weeks training there, I have strengthened parts of my body that have always been weak like my legs and back, and my cardio has never been better (ever). The sessions are so violent and tiring that you make big leaps of progress in between each session.

How does it translate to Jiu-Jitsu?
This is the most important point as I do not train Crossfit for the fun of it. I train it to improve my cardio and strength for upcoming Jiu-Jitsu competitions. During the transitional 2 weeks period when I started, I would train Crossfit on a monday and train BJJ on tuesday. The Crossfit session would be so tiring on my body that I would come to BJJ training full of muscle pains and feeling weak. I was asking myself if I could really combine the two….But as my body got stronger and adapted, I never felt anymore soreness and aches and actually started to feel that my gas tank was increasing during BJJ sparings . After 6 weeks, I seriously feel that I have gained at least 30% more cardio when sparring. Another great thing is that since I have strengthened my weaker body parts, I really feel that I’m overall stronger. This is just after 6 weeks I can’t wait to see how I will feel in 4-6 months when I will be competing at the local tournaments and then at the IBJJF Europeans (My third time) which is the ultimate goal.
It’s hard to explain the exact sensation but it’s as if you had gained extra speed, strength and cardio all at once. Off course I still train BJJ 3 to 4x a week and focus on improving my technique.

How does it affect your weight?
I was thinking that the harsh training would make me lose a lot of weight but it that wasn’t so. I have actually gained an extra 2 kilos but of muscle not just mass or fat. I was thinking that this extra weight would slow me down but it really hasn’t. The reason for this weight gain was that I would usually eat a bit more (still healthy) as the result of the hard training.

Conclusion
Crossfit is the hardest sport that I have ever trained. Every session gets me tired to the level of a intense BJJ competition. It has been amazing to see that the body doesn’t break down when faced with such hard training, but in fact adapts and gets stronger. The benefits for BJJ are real. It will make you stronger, faster and last longer. The important thing is to not neglect your BJJ technique and training sessions. Eating well and resting a lot is super important to really reap the benefits.