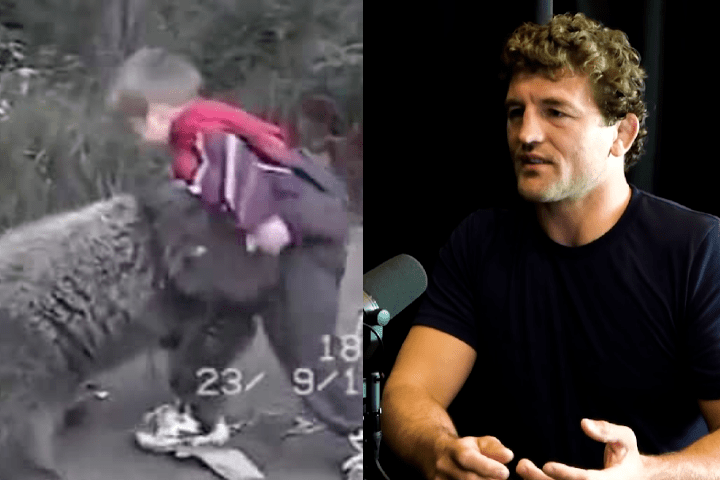 When you’re young, the world can be a rather confusing place. So much to learn, so much to experience, and so many questions on what constitutes a “good life” – yet so little answers.
That’s why it’s important to listen to people who are a bit more experienced. To mentors and to their advice… Even those who you haven’t had a chance to meet in person. For example, Ben Askren.

Askren was a recent guest at the Lex Fridman Podcast, where he and Lex went through many interesting topics; one of them being Askren’s advice for young people. Here’s what he had to say:

I really think that wrestling is a microcosm of what your life is going to be. And that’s one of the things I’d stress out. I mean, if you can figure this [wrestling] out now… In my opinion, it’s a lot better to figure it out now and get over this mental hump [that wrestling forces you into] than when you’re 32 and you have two kids and when your job is not going well.
It’s gonna be a lot worse, a lot more painful then. Let’s fu*king figure it out now.

[There are] lots of these lessons that we’ll learn from wrestling; whether it’s persistence or perseverance, or work ethic… And we learn those things at an early age. These are, generally, the characteristics that will carry on throughout our life. And those are the things that make us really successful.
So, I would say finding a good coach [is a good idea], someone who’s spent a lot of time into you. Make sure that they’ve got a lot of wisdom – and steal all the wisdom that you can from them.

Askren also explained that success in one field often carries to another field: