Ben Askren Explains Why Dagestan Wrestlers Are So Dominant 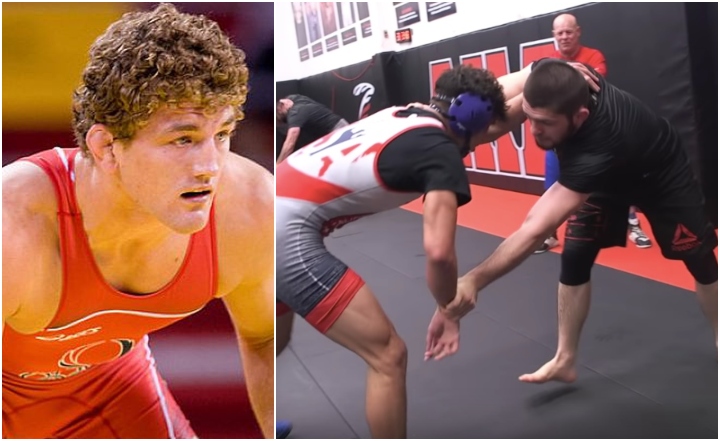 What makes Dagestan, a region Russian, so good at Wrestling and combat sports?
“In Dagestan, they train more on technique and skills. It is a more beautiful style of wrestling.” former UFC heavyweight champion Randy Couture saod that children in Dagestan are encouraged to wrestle from a young age.
Dagestan’s culture of fighting

Dagestan has a hyper-masculine culture idealizing physical prowess and toughness, formed by the harsh realities of mountain life, historical battles against neighboring tribes, and imperial occupation. It’s one where fighting is deeply rooted, and encouraged from a young age.

Former UFC fighter Ben Askren is a former Olympian in Wrestling for team USA and he has faced many Dagestani Wrestlers.

In this video, he explains why Dagestan Wrestlers are so good:

Dagestan’s Khabib Nurmagomedov is one of the best, if not the best fighter in the history of the UFC lightweight category.

In this video, he explains the difference between what he calls ‘Dagestan Wrestling’ and American style Wrestling: