Being Gay In BJJ… 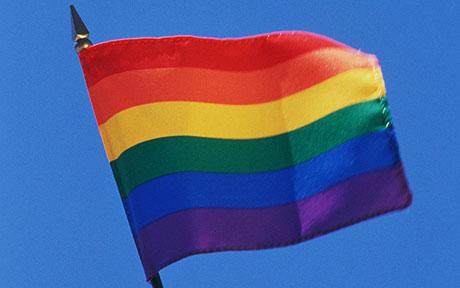 We all know that Homosexuality is not fully accepted in Eastern Europe, as we are still more conservative than our Western European neighbors. What if if some of your BJJ training partners happened to be gay but didn’t tell anybody? How would you react? I found this interesting anonymous blog post from a gay BJJ player who adressed the issue of Being gay in BJJ:

“Truthfully, this would probably go over better as a YouTube video, but I figured that I haven’t actually written on this blog in a while, so this is a good excuse to do just that. As the title states, I’m going to talk about being gay in the sport of BJJ. The thing that stopped me from posting this in the past was I didn’t want to beat a dead horse. After all, this topic has been done talked about many times over in the BJJ community, but never from perspective(to my knowledge) of someone who was openly gay and active in the BJJ community. I’m that guy. So I will list questions I get both inside and outside the BJJ community as the answers are for the most part exactly the same.

1) What do I do if I suspect my training partner is gay? Answer: Ask him/her. It really is that easy. However, the manner in which this question is asked is really important. You know your training partner, so handle the situation accordingly(privately is always best regardless of the method or wording used for the question).

2) I’m straight, what if my gay training partner finds me attractive? Answer: There is a huge misconception that gay people(men in particular) lust after every man/woman they see. I don’t know where this stigma came from. It most likely came from the sexual revolution of the 1970s(google it), but it’s completely untrue. While it is totally possible your training may find you attractive the chances of them acting on it or even approaching you are extremely low especially if you’ve it’s clear you aren’t interested. You must learn to separate attraction from sexual desire. Yes, these processes are closely linked, but they are vastly different.

3) How do I make sure I don’t make my training partners uncomfortable? Answer: When you are in class you are there to learn and get better at BJJ. Keep it that way. If you don’t use your mount to improve your grind game you should be fine.

4) Should I come out to my team? Answer: This is a very personal thing and there is no single right answer. It varies depending on many factors such as your training environment and your local area among other things. If you choose to come out after weighing all the factors the method you use is also up to you. I suggest using the same method you would use with family members. In all honesty though, there is a high probability that your training partners are already aware of your sexuality, especially if you are active on any of today’s hugely popular social networking websites. That’s it guys. In short someone’s sexuality should have no impact on how you view them in BJJ or otherwise. Every training partner you have is a valuable key to your progression treat them as such regardless of their differences. This post was inspired by Orlando Cruz’s recent announcement. Congrats to him for having the courage to come out. That makes him the first active competitor in pro boxing who is openly gay.”