Being An Offensive Grappler From A Defensive Position With Renato Migliaccio 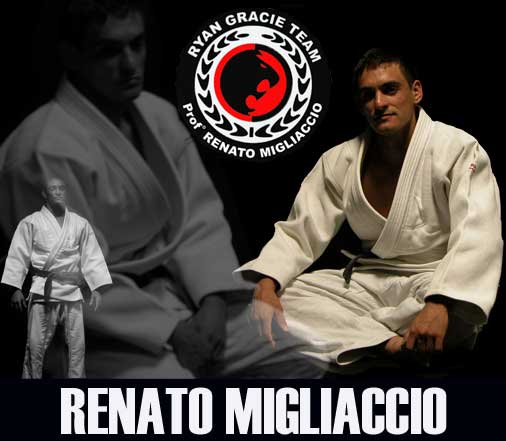 Always looking for the finish in BJJ can be easier said than done.  At times, it’s downright impossible to be able to do!  However, recently I came across a video from 2008 of Renato Migliaccio pulling off one of the slickest looking submissions I’ve seen in some time, and from a very disadvantageous position!

Despite it happening in the blink of an eye, the video provides some excellent insight as to how you can approach your matches with the mind frame that will make you dangerous no matter the position!

Back Take Transition Into A Rear Naked Choke

As you can see in the video, Renato is in a less than desirable position.  Think of all the times you have tried to score on a double leg, only for it to get stuffed…it’s somewhat demoralizing, right?  With your spirits dampened a bit, you also have your opponent driving all of their body weight directly through your upper back, causing you to be stapled right to the mat.

Essentially, this negates any type of escape route.

However, there were a few things that Renato executes in this video that allows him to not only escape from the position, but advance into a dominant position that eventually allows him to end the match itself!

The move literally happens before you even know it!  Normally, I like to analyze and review setups that are methodically broken down over the course of a five minute video, but this one is a flash: just 21 seconds!

This shows how quickly and effectively you can end a match…from any position!  Renato clearly was aware of his body placement, and just how important it was for the move to be executed.

Having your body function at the same time is arguably one of—if not the—move important of Brazilian Jiu Jitsu!  The synergy between limbs can make or break a move, and could be the very fine line between victory and defeat.

While this video isn’t a close up shot and we can’t see Renato’s face, it’s a safe bet that he was in a rather calm state of mind.  In order to pull off such a complex scenario, you have to have a soothing approach in the midst of battle. See the full review of Renato’s ‘Invinciple Basics’ Jiu Jitsu course here.

Essentially, that’s what BJJ is all about!