Be Honest, If Brazilian Jiu-Jitsu Never Had a Belt System, Would You Still Do It? 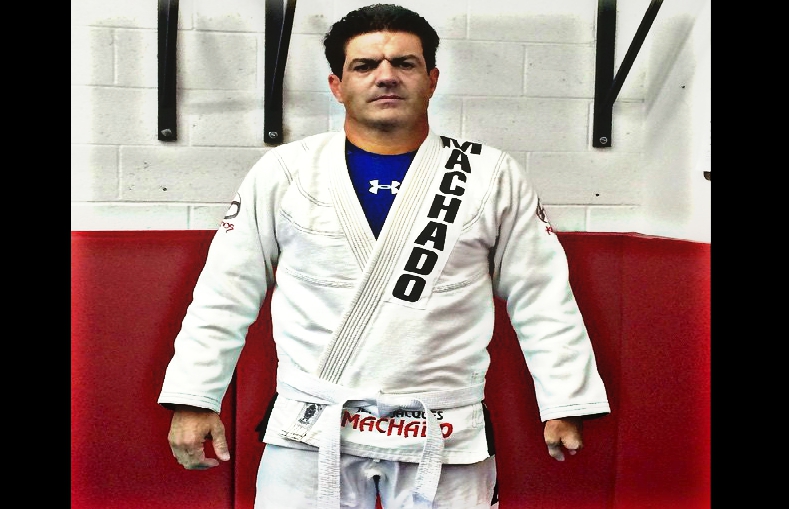 Wear a Whitebelt & Flush Your Ego Down The Toilet

If Brazilian Jiu-Jitsu never had a ranking system, would you still do it?

This was the question that popped into my mind recently. And the answer is – Absolutely, yes.

You see, when I first started Jiu-Jitsu, I remember watching 2 black belts competing against each other at the Mundials on a VHS tape (yes, back then it was still going on) The first thing I was thinking of was “Wow, I want to be able to do what they are doing” I wanted to move like they were moving, I wanted to execute the techniques flawlessly like them. I was thinking how awesome it would be to do that. I wanted to be at a black belt SKILL LEVEL. I wasn’t thinking “I want that black piece of cloth around my waist”.

If you do want the cloth then here, take my black belt and good luck, let’s see if you can execute the moves at a high level against a college wrestler or a very athletic person that will go caveman on your ass. You see, you’re not chasing the belt, you’re chasing the skill. Happiness comes from knowing how to execute the moves flawlessly, not to wear a “belt”. The belt signifies what skill level we are at, not because “Oh this guy is good because he is wearing a colored belt” How many times have we heard, get the skills and the belt will follow.

I’m not perfect, over 15 years of teaching I’ve made some mistakes with some of my students. One of them was being guilted into giving someone a belt when they still needed to refine their technique, when they still needed to come a little more consistently to class, to know they really put in the time and effort that like I did to progress in the art. I’m sure every Instructor has experienced their fair share of students giving them the “puppy eyes” “please promote me” vibe. If you’re constantly obsessing about your next belt promotion, you’ll go crazy. Why? Because each belt can take years, and the only one that truly knows when your ready is your Instructor.

In the process, you’ll learn about patience. Patience about learning a new technique, patience about progressing to a different level in your game. It’s a long term process. Brazilian Jiu- Jitsu is THE hardest martial art in the World. Give yourself time, it will come. When you want to get good and when you actually get good are two totally different things.

I never “assumed” I was getting a belt. Every single one of my belts was a complete surprise to me. I trusted my Instructor and believed that one day it’ll come if I still had my health and I just stayed on the journey. But for someone to believe they deserve it or feel they are “entitled” before your Instructor thinks your ready is utter non-sense. For students to get wrapped up thinking “If only I get a brown belt” then I’d be happy”. As Zig Ziglar would say “You need a check up from the neck up”.

I remember years ago talking to a few of my friends from Renzo’s school and them talking about how people try to “campaign” or hint or nonchalantly in some subtle way asking for their belt, and how that was a huge no no in our art. Bottom line they would be held back on purpose for this. Look, the blue belt is the first belt students get promoted to, average is about 1 year give or take. Don’t think it’s gonna happen with the purple belt, brown or black, because it’s not. For me purple belt students are flowing closer to black than as a blue. You shouldn’t be using strength at the purple belt level. I like to see you be highly technical, to see you slither so to speak, with your strength on ready reserve to be tapped into at any moments notice. To get to Black Belt Mastery in BJJ takes on an average of 7 to 12 years. And you know what? That’s being consistent. I just watched a short video of a student from another school talk about being a brown for 15 years!

Author Mike Mrkulic and his students all wearing a white belt

As my friend Saulo Ribeiro once said “Enjoy the days as a blue because once you get your purple you’ll never go back to blue ever again” Live your life in the moment, stop obsessing about a future that doesn’t even exist at this very moment. I didn’t start brazilian jiu-jitsu because I wanted a colored belt around my waste. I wanted the feeling, I wanted the feeling of knowing how to defend myself. I wanted the skills to dominate another person with superior body position and then proceed to slap them with a submission, From a competitive stand point of view I wanted them to surrender. On the flipside, 16 years training in Jiu-Jitsu I never got into a fight, I have walked away from more than handful. But because I’m 140 lbs soaking wet, I want to know how to kick someone’s ass if it came down to it. I wanted the the confidence to handle myself in a real street fight. I wanted to extend my life by staying in shape and to stay away from anything that would hurt my body, mind or my soul. I’m at the point now where I’m thinking like Master Helio (may God rest his soul) Where he would wear a blue belt to kinda go “on strike” with the whole belt ranking system.

Let’s continue Master Helios’ tradition. From now on, every year in September, every student including the Instructor will wear a whitebelt for the whole month. I bought 50 white belts and am having everybody (including myself) take off their higher ranking belts and just train with white belts on. Let’s do it, join me, have your school and all of your students wear white belts for the month of September, and let’s remind ourselves to “flush the ego down the toilet” together. We put white belts on last night at my school for the first time, and I gotta tell ya, it was kinda weird but relieving at the same time. Stay humble, be consistent, when it happens it happens. We do Jiu-Jitsu because we love to do Jiu-Jitsu, period.