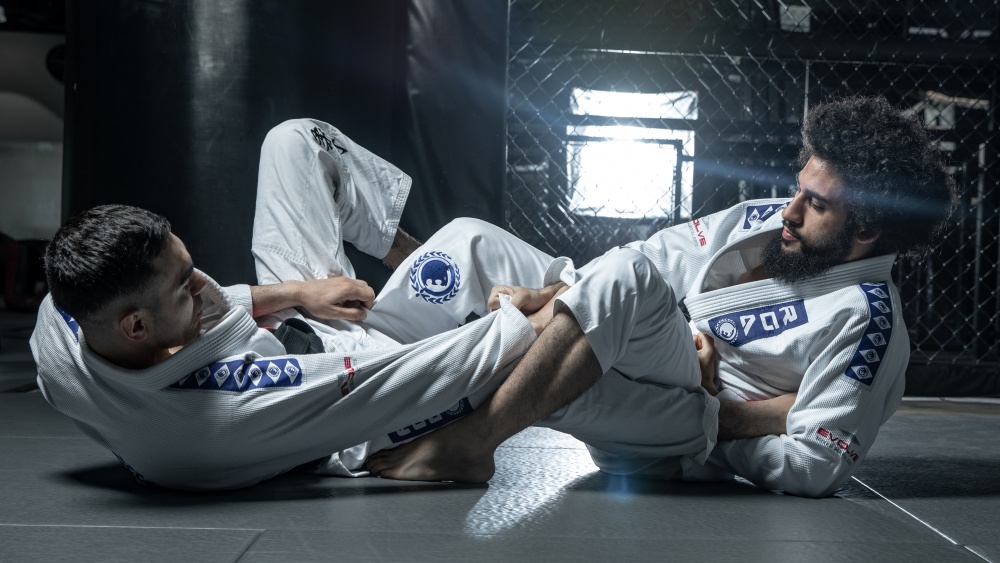 The sport of Brazilian Jiu-Jitsu has been steadily evolving over the past decades. Perhaps one of the most significant improvements in the evolution of BJJ is the acceptance and growth of the leg lock game. It was not too long ago when the thought of even doing leg locks was frowned upon. This means that the leg game was kept relatively unexplored for many years. It has since then gained acceptance and is now considered an integral piece in a competitor’s toolbox. Today, we will talk about the ashi garami positions in BJJ.

What Is Ashi Garami In BJJ?

In the context of Judo, ashi garami is an attack on an opponent’s leg by using joint locks. It is a submission-based attack that aims to submit the opponent by hyperextending the leg or foot. It is included in the official 29 grappling techniques of the Kodokan.

Over the years, the term ashi garami is now thought of as the controlling mechanism used to isolate the leg using your own body. In simple terms, it means “leg entanglement”. This term became popular with the general public because of John Danaher. John Danaher is a New Zealand-born BJJ blackbelt under Renzo Gracie. He is considered to be one of the best coaches in the modern arena and has produced several world-class athletes in the sport. One look at the body of his work and you’ll understand that this man is one of the key figures on why leg locks are so prevalent in today’s BJJ landscape.

Ashi Garami As A Blanket Term

For the sake of clarity, we will use the term ashi garami as part of a system of leg lock entries. This means that the various leg entanglements that you normally hear are variants of the ashi garami. Some of the most common ones include: standard ashi garami, outside ashi garami, 50/50, and inside sankaku (saddle).

There are many key entries to the ashi garami position. Entries can be defined as techniques coming from establishing grips or transitions coming off from other positions.

In this video, Gordon Ryan demonstrates an entry to ashi garami starting from the De La Riva guard. This is an excellent and straightforward entry if your opponent enters your guard knee first, thus getting the inside position. Start by going to the Dela Riva guard and then move to lock your feet towards your opponent’s forward leg. Keep in mind that the outside leg should be on the bottom of the leg configuration. This will give you the leverage to throw your opponent off-balance by switching your hips to the outside. Doing this will force a reaction and allow you to go to either ashi garami and x-guard. You can also sweep from this position as the tripod sweep becomes available.

In this video, Shintaro Higashi and Brian Glick demonstrate a cool entry from the standing position. Note that it looks similar to the basic arm drag in concept, where you force an exposure by using a dragging motion to enter a better position. The main goal is to get into a situation where the foot is vulnerable.

The technique starts by understanding that you need to use the opposite leg in relation to your opponent’s. Meaning that if your opponent leads with his right leg, you match using your left. From here, lower your stance, post using your left arm, and use your right hand to loop near the opponent’s knee. Next is to shoot under the legs using the dragging movement and enter the single leg x-guard. Remember that it is critical to lift your hip when using the single leg x so you can maximize your control as best as possible.

From the single leg x, the goal is to take the opponent down and finish with a submission. You can do this by using a false grip on your opponent’s outside ankle as you turn to the side. This will force your opponent to roll. Follow the roll, go belly down and take the inside leg out. Once you continue to pivot, you’ll end up in the outside ashi garami. This final position will give you a solid opportunity to finish with leg attacks like the heel hook.

We have already learned two primary entries to the ashi garami position, including sweeps to take the opponent down. The following important concept is how to control an opponent within the ashi garami position. In this video, Rory van Vliet shows the general strategies to control someone in the standard ashi. He gives three essential things to consider: mobilization of the hips, control of the knee, and access to the lever (foot).

Let’s discuss the three essential ingredients in this video. To control the hip, you should ensure that you use the ashi garami position to limit your opponent’s knee as best as you can. You can do this by firmly placing your outside foot towards the hip. Use your inside knee as a support mechanism to block space from the inside position. Doing this will also control the knee, ensuring that your opponent’s knee line will not go past your own knee. Keep in mind that you need to stay glued to your opponent at all times to limit any possibility of escapes.

These are just some basic positions that you can use to build a strong leg lock game. Always take note that studying any system in BJJ takes time to understand and develop. Start by working on the standard ashi garami position and practice the primary entries and control concepts in this article. We guarantee that you’ll see lasting improvements as you continue your journey on the mats.