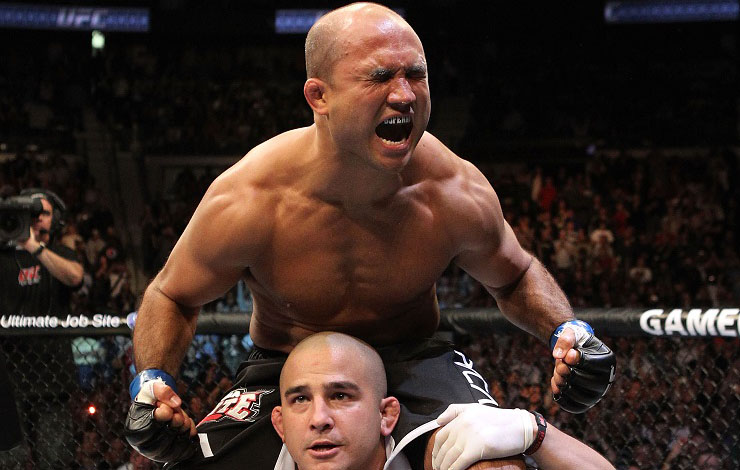 Jiu jitsu phenom B.J. Penn is having a bad streak of running in with the law. Following leaked statements from his ex partner about co*aine binges Penn is now the subject of an ongoing police investigation after allegedly threatening a farmer with a machete?!

A public records request mmajunkie filed revealed Penn also is under an active police investigation after he allegedly threatened a taro farmer with a machete in a dispute over trespassing.

In January 2018, police released an all-points bulletin stating that Penn, 40, was wanted by police. Penn was accused of first-degree terroristic threatening, a Class C felony punishable by up to five years in prison and a $10,000 fine.

Penn’s lawyer made  a statement:

“B.J. said he’s never given a statement to the police; they haven’t told him he’s got a terroristic threatening charge, or there are charges pending,” Levitt said. “He just said there was an incident, it was over one year ago, and it had to do with a gate. There was no threatening or machete or anything like that.”

According to the APB, Penn went to the man’s property with a machete, “calling him to come out of his farm house.” The victim “feared for his life and remained inside of his residence where he hid.” Penn, per the report, “started to strike the ground with the machete and state that he was going to kill him.”