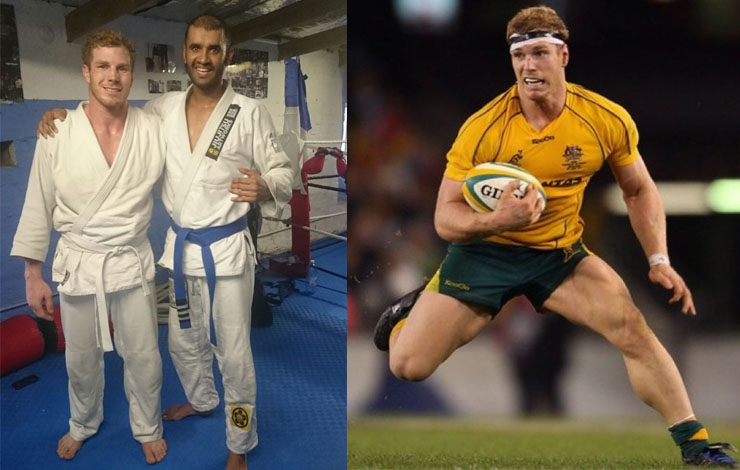 One of the toughest sports in the world is indubitably Rugby. David Pocock (born 23 April 1988) is an Australian rugby union player. He is an openside flanker, vice captain of the Brumbies (source: wiki).

Recently Pocock has been seen doning a white bjj belt and even properly tying it!

Me and Aussie legend, David Pocock

28 year old Pocock has had a big problem with injury during the last year having broken a bone in his hand.

High five. Getting a hand splint made to wear after surgery. All booked in for tonight. Thanks to @sandnsurf and the other doctors for looking after me and organizing surgery so quickly.

Interestingly Pocock is taking a year long sabatical from rugby and focusing more on his activism. David is concerned about climate change and the damage to the environment from human activities. He has publicly expressed his views on these issues and has taken part in action.

Members of the Rio Grappling club The Powerplant were delighted to catch up with him on the mats:

No word yet on weather Pocock will opt to test himself in competitive bjj!