Attacks You Should Master From The BJJ Closed Guard 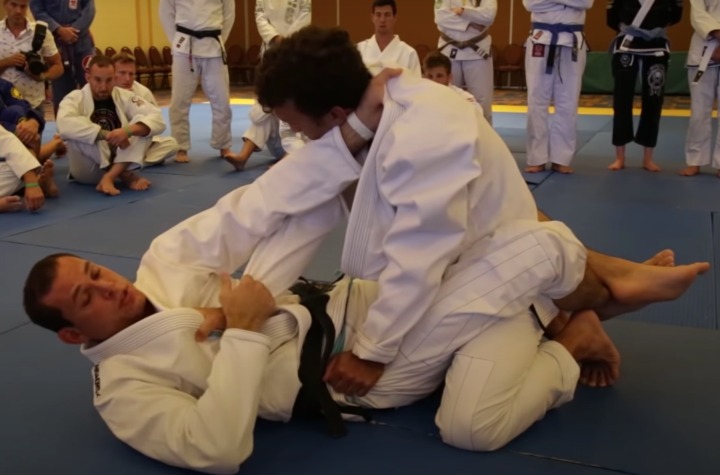 The full guard (closed guard) is the first guard a student learns in Brazilian Jiu-Jitsu. It is a fundamental guard that teaches the basics of distance management, posture-breaking, and control. It is also a highly effective technique in mixed martial arts as it puts opponents in a compromising position where a slight mistake can mean getting submitted or swept.

This article explores the basics of the full guard and shares some of the best attacks from the position.

What Is The Full Guard?

A full guard is a defensive position where you wrap your legs around your partner or opponent. The wrapping of the legs restricts movement and forces contact, preventing the person inside the guard from standing up and escaping.

This is an incredibly effective position to control where the fight goes without resorting to wrestling or judo takedowns. BJJ is primarily a submission-based art; it is critical to use controlling positions as a starting point and advance to offensive movements (such as sweeps or submissions) from there.

The full guard is also regularly used in MMA and is the primary position of choice for BJJ specialists. Typically, the weakness of BJJ fighters in mixed martial arts is their average takedown skills. This can be a problem when facing wrestlers and judokas, as most of their training revolves around taking people down. This is where ‘pulling guard’ can be helpful. Pulling guard means going down to the mat and establishing your guard deliberately. This tactic immediately negates the takedown threat as you voluntarily go to the ground and work on improving your position from there.

Of course, it is not a good idea to sit down in MMA as the threat of strikes is always present — you must establish a clinch first and then pull guard. In BJJ and submission grappling, though, you have the option to clinch and pull guard or sit down and wait for your opponent to follow you. Pulling guard in MMA is what Eddie Bravo popularly coined as “the third option”​.

How To Effectively Use The Full Guard

The first thing to do when using the full guard is to control the posture. This means breaking down the body position of your opponent so that his chances of escape become slim. Posture control is done by establishing grips. Grip fighting is a critical part of guard work in general as it can help position yourself to attack and defend as needed. Establishing grips can vary slightly depending on the context of grappling (Gi, No-Gi, or MMA). Still, the overarching rule of limiting movement by controlling body parts such as head, wrist, shoulder stays the same.

Working the guard position is like being a venus fly trap — once an opponent is trapped inside, it should just be a matter of time before the tap is secured.

Best Attacks From The Full Guard

Below are 5 of the best attacks to start learning. Please take note that these techniques require practice for them to work in live sparring/competition. So study up, and don’t forget to drill with your partner as much as you can! 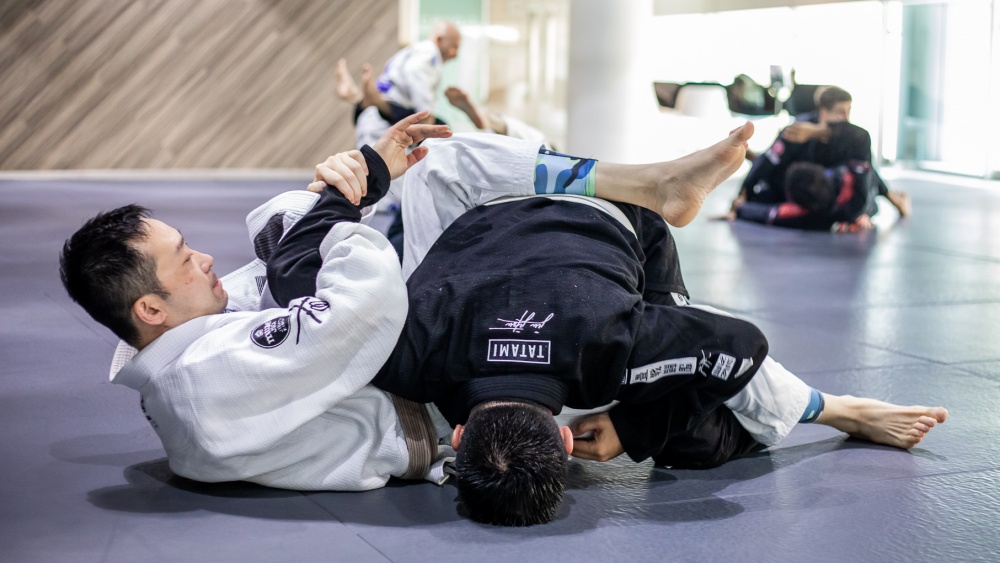 One of the most common submissions from the full guard position is the kimura. The kimura lock does not require great strength to be applied- in fact, it is one of the most straightforward techniques to use from almost every belt level. This technique is highly effective because it doesn’t take a lot of power, but it can cause an opponent a lot of pain and distress.

The kimura can be executed by twisting your body towards your opponent and putting pressure on their elbow while controlling their wrist and shoulder with your other arm. You then turn your opposite side hand on the mat to help stabilize yourself and pull on their arm until you can either break their elbow or tap out.

The hip bump is a common and effective move from the full guard position and is commonly used as a combination to the kimura. The hip bump is an excellent strategy to use when your opponent is sitting back in his base. This move can be executed by bending at the waist, placing one of your knees against the inside of their thigh, and quickly pushing their hips up over your knee with your shoulder. From here, you can either seize your opportunity to capitalize on their compromised position or move into side control or mount position.

This strategy is particularly effective if your opponent has his feet out of position and/or is not prepared for the hip bump. Since the technique requires little power but yields great rewards, it’s often used in grappling competitions where time is limited.

The hip bump can be effectively countered if your opponent has powerful thighs- in which case you may not be able to force his hips back up over your knee and onto the mat. If this is the case, you will need to make other adjustments or abandon the attack.

The triangle choke is a submission technique that involves one arm encircling your opponent’s neck and the other hand grabbing the bottom, outside pants leg. With this position, you’re able to exert pressure on your opponent’s neck and force them to submit or pass out. This is one of the premier attacks of BJJ as it is purely based on technique and proper body positioning. The only thing that can make this move ineffective is if your opponent muscles are out of the position or have been training how to counter it for some time. Nevertheless, this is an important technique to learn and should be a part of every grappler’s toolbox.

One of the most common submissions from the closed guard position is the armbar. The armbar can be done by placing your arm on your opponent’s triceps (the back of their arm) and turning it inwards towards their elbow to cause them discomfort. You mustn’t put all of your weight onto this one arm if you are using a leg underneath their thigh because this will make it hard for you to maintain balance. It would be best if you then used your legs to push them up off the mat, not only applying pressure on their arm with your weight but also pushing them off balance.

The scissor sweep is one of the most effective sweeps from the full guard position. This technique forces your opponent to be on their back and leaves them open for various submissions if they cannot immediately regain their guard.

To execute this technique, You position one leg (right or left) across your opponent’s centerline while placing the other leg near their base leg. From here, you can then scissor your leg until they are flat on the mat. You must also use your arms to help control their body and push them off balance while maintaining a solid position.

Learning the full guard is one of the basic building blocks in Brazilian Jiu-Jitsu. It is the first guard taught in most gyms as it has the best bang for your buck out of all guards used in grappling. Whatever your style is in BJJ, learning the full guard can help you become a better grappler overall.